ANZ has announced it will release an HCE mobile wallet application later this year as an upgrade to its popular goMoney app in New Zealand.

Available to around 120,000 customers at launch, the wallet enhancement to ANZ 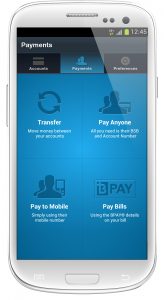 goMoney will enable customers to make contactless payments with just one tap of their Android smart phones.

Liz Maguire, ANZ’s head of digital channels and transformation says the tight integration will remove the need for a separate app or SIM card upgrade for customers.

“Our goal is for the goMoney Wallet to be the most accessible, secure and easiest to use mobile payments solution in New Zealand,” she says.

The move would appear to quash prospects for ANZ to join Semble, the Secure Element-based mobile wallet venture cobbled together by ASB and BNZ in collaboration with the country’s major telcos.

The bank says it will remain in dialogue with Semble and will watch its progress with interest following its launch.

Rival outlier Westpac is also looking to go it alone with its own HCE-based wallet currently undergoing trials ahead of a roll-out next year.