Amazon launch Amazon One contactless vein palm technology – Should we use it?

Amazon has launched a new vein palm payment system, Amazon One, for physical shops which uses a simple, contactless wave of the hand. 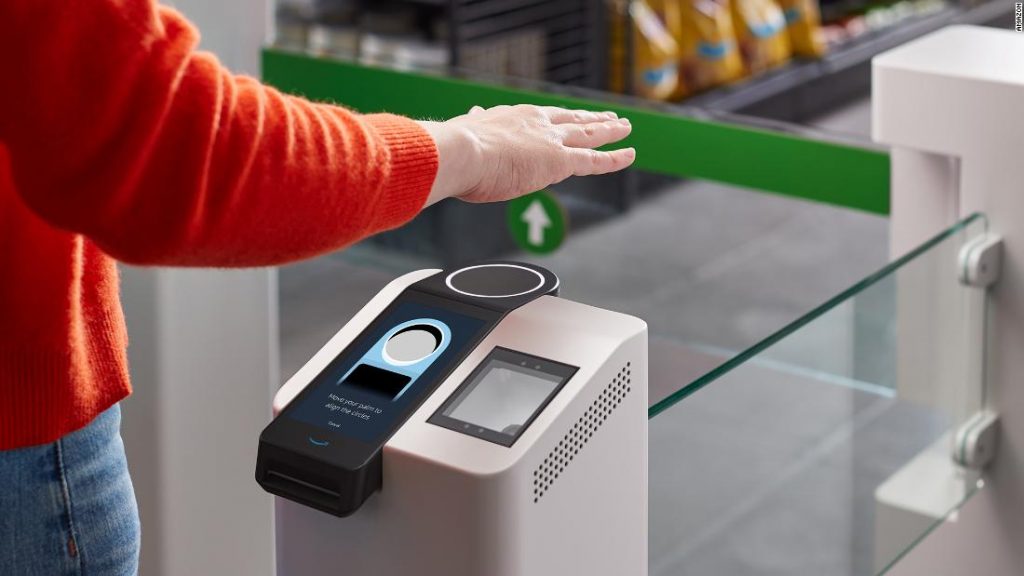 Amazon launch Amazon One contactless vein palm technology – Should we use it?

The Amazon One scanner registers an image of the user’s palm, letting them pay by hovering their hand in mid-air for less than a second. The product will be trialled at two of Amazon’s physical stores in Seattle.

But the company said it is “in active discussions with several potential customers” about rolling it out to other shops in the future.

“In most retail environments, Amazon One could become an alternate payment or loyalty card option with a device at the checkout counter next to a traditional point of sale system,” it said.

Amazon also said the system could be used for “entering a location like a stadium” or scanning yourself into work instead of using an ID card.

“We believe Amazon One has broad applicability beyond our retail stores,” it added.

Despite the obvious benefits though, some are more sceptical. One LinkedIn commentator stated, regarding payments “If they decide to sell the technology to other brands, isn’t that further evidence they are a scheme in all but name (and regulatory oversight)?”

On the biometric data side, since the introduction of Apple’s Touch ID in 2013, followed by Face ID in 2017, many people have become desensitized to using biometric data as a form of identification.

While those forms of biometric ID have their own drawbacks, Amazon One is different. Designed as a contactless payment and authentication system, it relies on scanned images of customer hands.

Unlike Face ID, which stores “mathematical representations” of your face on your personal device, Amazon’s scanner sends “images” to the cloud. It is there, the blog post reads, that the company “[creates] your palm signature.”

Evan Greer, deputy director of Fight For the Future, a non-profit digital rights group, cautioned that participating in programs like Amazon’s opens people up to possible privacy violations down the road.

“Handing your sensitive biometric information to private corporations is a terrible idea, especially since there are almost no laws in place that hold them accountable for keeping that information safe, or prevent them from abusing it or selling it to others,” she explained.

Amazon made repeated nods to customer privacy in its blog post, promising that it “[takes] data security and privacy seriously” and that dissatisfied Amazon One users can “request to delete data associated with Amazon One.”

The question it fails to sufficiently answer, however, is why anyone should trust a company like Amazon — which, it’s worth noting, is no stranger to privacy scandals — with their biometric data.

The post Amazon launch Amazon One contactless vein palm technology – Should we use it? appeared first on Payments Cards & Mobile.