Since 2015, annual AML (Anti Money Laundering) penalty figures have been steadily rising each year. Multi-million dollar fines have been commonplace for a while, but we are now seeing more penalties of $1 billion dollars or over, with two in 2019 alone. 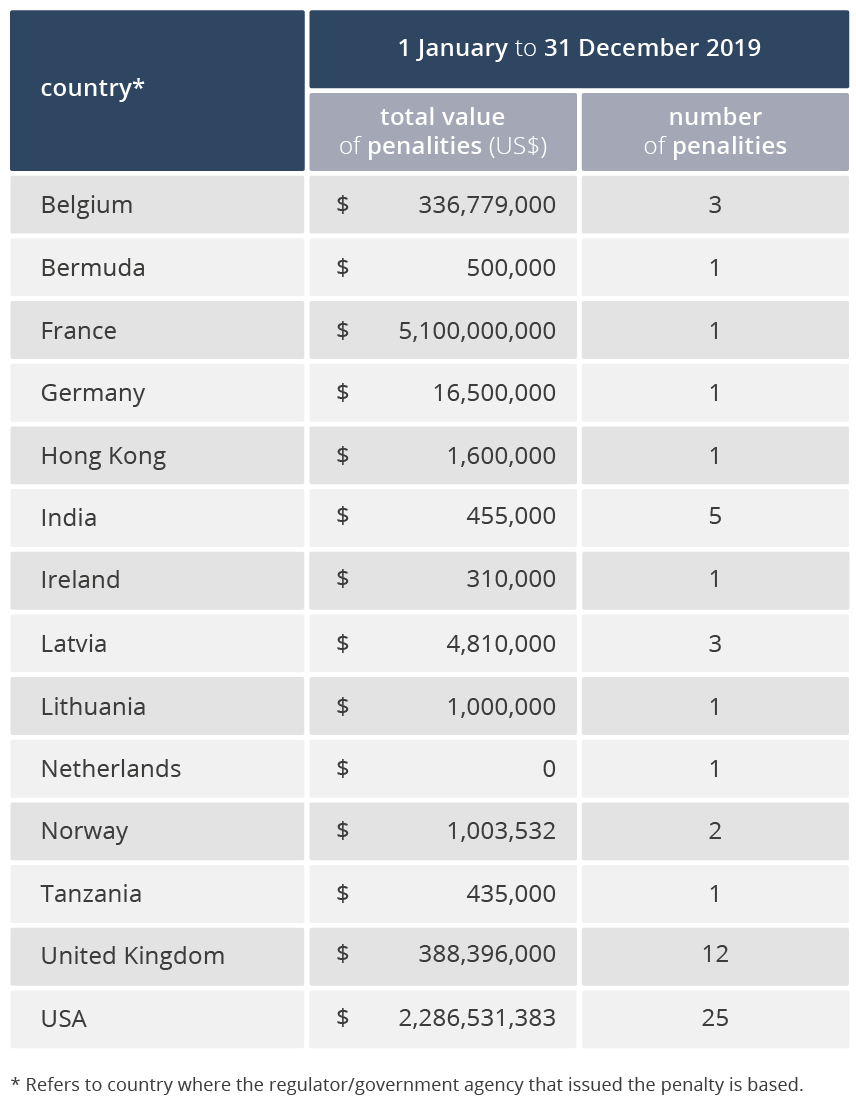 Historically, the majority of these fines have been given to banks, but this year the proportion was less than half, demonstrating that money laundering is now recognised as a general business issue, not just one that is specific to financial services.

Regulators in the gambling/gaming sector were particularly active in 2019, handing out five fines, all of which were well over $1 million and the highest being $7.2 million. Interestingly, four of these were in the UK, demonstrating a crackdown here.

The USA continues to lead the way, having handed out the most penalties this year at 25 – more than twice the amount of the UK, the country in second place.

“Given that these two countries have transparent regulatory cultures and active regulatory bodies, we expect we shall continue to see the largest number of fines originate from here, but we are seeing activity from increasing numbers of jurisdictions as time goes on,” says Wayne Johnson, CEO and co-founder, Encompass.

We are not expecting the spotlight on money laundering to dim. The continued and increased focus on this area highlights the severity with which it is viewed at a global level, which is not surprising given the negative economic and societal repercussions it can have. As we head into 2020, we shall continue to monitor and analyse AML penalty data with interest to see how it evolves.”

2014 still holds the record for the highest total value of fines at $10.89 billion, but this includes an anomalously large penalty of $8.9 billion. If this were to be removed, 2019 would take the lead.

The post $8.14 billion of AML fines handed out in 2019 – USA and UK top the list appeared first on Payments Cards & Mobile.