According to research, consumers have shifted their focus from questioning the security of mobile payments to now discussing the possibilities of enhanced digital experiences on devices.

At Mobile World Congress, MasterCard announced the findings from its third annual Mobile Payments Study, developed in partnership with PRIME Research. The study tracked 19.1 million global social media posts across Twitter, Facebook, Instagram, Forums, Weibo, Google+ and YouTube throughout 2014, up from 85,000 posts in 2012.

In the Asia Pacific region, top markets for overall conversations around mobile payments were India, Indonesia, Japan, Australia and China. The study also found that merchant conversations had a remarkable visibility boost in 2014 in Asia Pacific, representing 65% of the total conversations (compared to only 11% in 2013).

The study results not only show a remarkable growth in volume of conversations, but a change in both the tone and focus of the social discussion.

Focus Shifts to the Benefits of Mobile Payments through Innovation

“The potential for greater innovation in mobile payments is significant. And as more connected devices come to the market – such as wearables, smart TV and refrigerators – commerce will follow. Businesses need to continue to develop new mobile payment solutions that enrich the consumer experience – or risk being left behind in a world where smart technologies rule.” 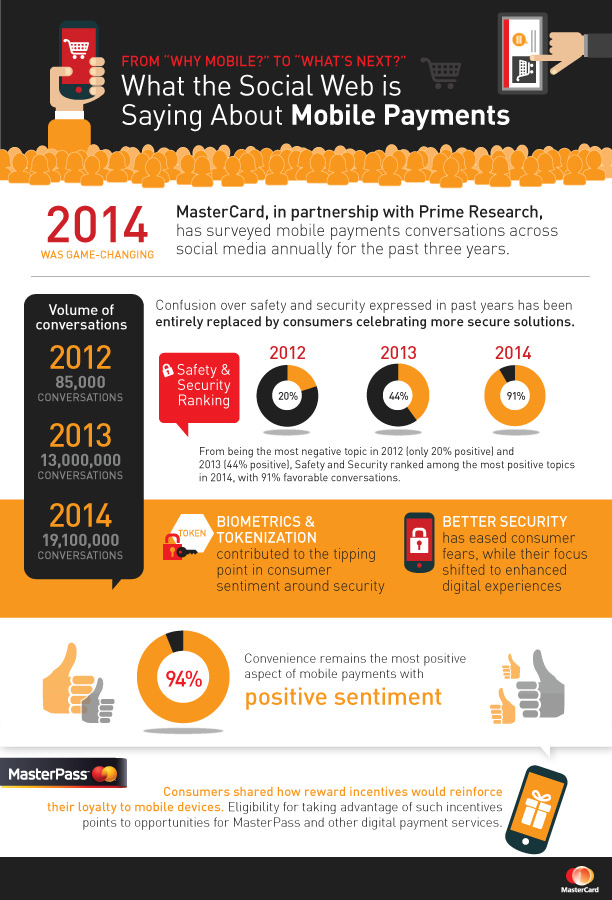