Data from SPA members shows the continued year-on-year growth of smart card shipments across global markets. While demand remained constant in the mature European market, it continued to grow in the US where 68% of US storefronts now are accepting chip cards. 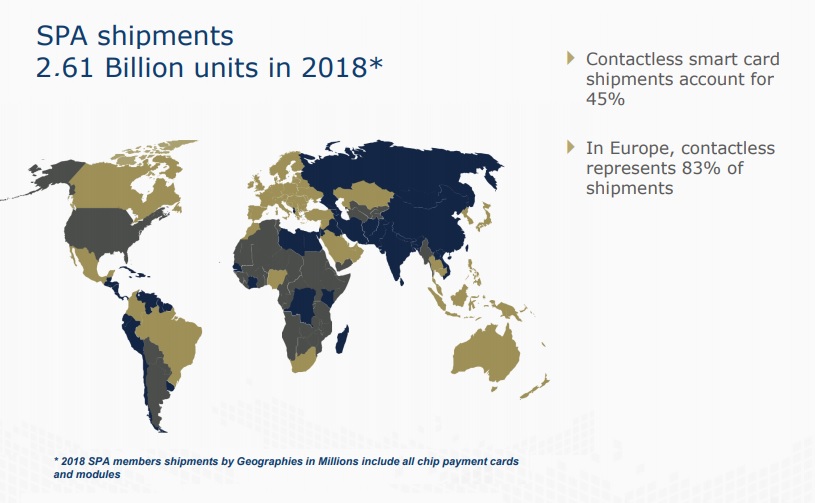 In India, the December 2018 deadline to convert all existing debit and credit cards to chip and PIN accounted for the strong growth in EMV shipments through 2018. This pattern was repeated across the Asian Pacific region – most notably in Indonesia.

In Russia and CIS, after a growth pick in 2017 due to MIR cards being pushed by the Government, 2018 saw a decrease in shipments.

Increasing consumer demand for faster and more flexible ways to pay was reflected in the growing shipment volume of contactless cards. Europe led the charge in 2018, with 83% of shipments featuring contactless functionality. Across global markets, the figure stood at 45% with all regions and sub-regions showing growth in contactless card shipments.

With consumer and retail confidence key to adoption, the presence of Dynamic Data Authentication (DDA) technology on 80% of smart payment cards globally is an important milestone – having grown from 36% in 2014.

“With the success of recent migration programs in the United States and India, focus is shifting to Middle East and across Asia Pacific, where increasing demands for security and convenience is driving growth in both contact and contactless shipments,” comments Andreas Strobel, President, SPA.