Zelle has continued to gain traction with users and financial institutions, indicating that there is plenty of room for growth still in the US P2P payments market. 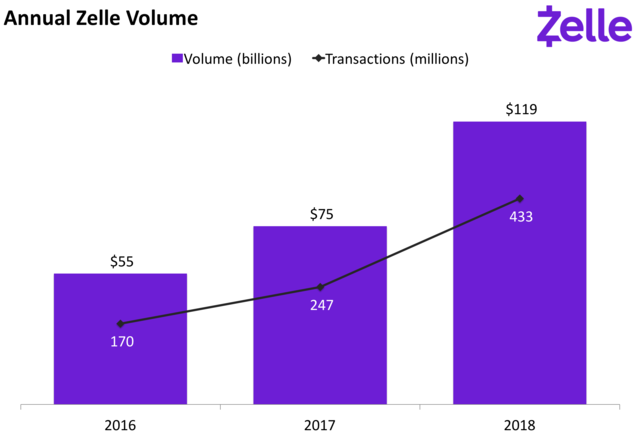 Early Warning Services, the operator of Zelle, reported Q4 2018 payment volume of $35 billion. Up 12% from Q3 2018 and up 61% from a year earlier. The network processed 135 million transactions during the 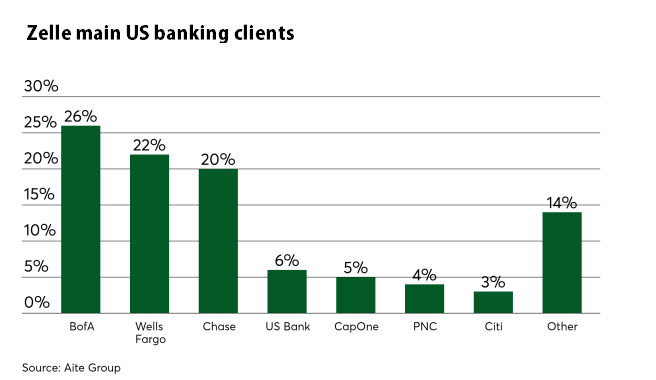 PayPal which owns Venmo and offers P2P payments on its core service, has not reported its Q4 numbers yet. In recent quarters, Zelle has outpaced Venmo in terms of volume but fallen short of the larger PayPal network when including PayPal-branded money transfers. Square which runs the P2P payments Cash app, rarely gives out volume details.

Helping to drive Zelle’s growth is a steady stream of new financial-institution partners that are beginning to offer the service to their customers. Zelle is having particular success lately with smaller community banks and credit unions that want to improve their technology offerings.

The most striking figure from Zelle is its average transaction amount: $258. Whereas Venmo is thought to be mainly for younger users who want to pay their friends back for dinner or groceries, Zelle seems to have found an audience that is using the service for more serious transactions.

“Certainly those rent and utility payments are keeping it at higher dollar volumes,” said Lou Anne Alexander, the group president of payments at Early Warning, though Zelle’s average transaction amount has come down from the $400 range just over a year ago.

Alexander said that the recent drop suggests consumers are increasingly using Zelle for more everyday transactions rather than exclusively big payments at the beginning of the month.