Worldline will buy the payments unit of SIX Group in a $2.75 billion deal, in the latest example of consolidation within the sector, as financial sector companies seek to benefit from the shift towards electronic and online payments. 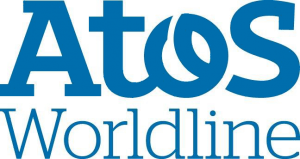 Worldline said the deal would result in SIX Payment Services ending up with a 27% stake in the French company, while Atos would retain its majority 51% stake in Worldline.

“Through this merger, our company with its intact financial firepower and its unrivalled size in our continent, will be better positioned than ever to continue its strategic endeavour to build, in the heart of Europe, a new global leader of the payment industry,” Worldline Chief Executive Gilles Grapinet said in a statement.

The European payments industry has been consolidating quickly and other recent takeover targets have included Worldpay and Paysafe, while Nets was also taken over last year by US firm Hellman & Friedman.

“We believe that this will be a landmark deal in Europe and in different countries and regions and further consolidation will occur as domestic markets break up,” SIX Chairman Romeo Lacher said, adding that the merged company would be well placed to lead the charge.