Eurobank, one of the four largest lenders in Greece, has announced it entered into a binding agreement to sell 80% of its merchant acquiring business to Worldline in an attempt to strengthen its capital base. 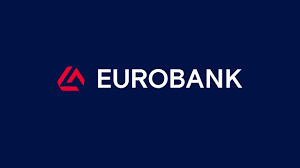 As part of the deal, Worldline will aim to leverage the Greek lender’s banking network as a commercial channel to distribute its payment products and services to physical and online merchants.

Eurobank’s merchant acquiring unit is a leading acquirer in the local market with 21% share of transaction volumes processed in Greece. The division manages payments for 123,000 physical and online merchants with more than €7 billion ($7.91 billion) of transactions.

“The agreement with Worldline regarding the cards acquiring business is fully in line with our strategic plan to focus on our core activities, while further strengthening our capital base,” Eurobank Chief Executive Officer Fokion Karavias said in a statement.

The lender said the deal values its merchant acquiring unit at 320 million euros, subject to customary adjustments as of the date of completion of the deal.

The sale is expected to close by the second quarter of next year and contribute about 80 bps to Eurobank’s group core equity Tier I ratio.

Barclays Bank was the sole financial adviser to Eurobank with Bain & Company Italy being its business adviser.

Eurobank was also reported to have been in talks with Nexi to sell its merchant acquiring business.