Why did Bank of America really terminate First Data JV?

Bank of America recently announced it would end its electronic payment services joint venture with First Data next June, hours after Fiserv completed its acquisition of the payment processor. But why has the banking giant chosen to split with its long term partner? 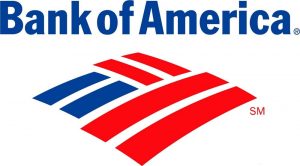 Why did Bank of America terminate First Data JV

The two firms set up the joint venture ten years ago – known as Bank of America Merchant Services (BAMS). Bank of America manages sales and customer service, whilst First Data handles the transaction processing. The latter’s revenue accounts for 10-12% of its overall revenue, according to Bernstein analysts. Both First Data and Bank of America expect to be assigned clients and revenue to their proportionate ownership stakes, 51% and 49%, respectively.

BAMS clients will keep being serviced by First Data until at least June 2023 at current pricing. First Data says it expects to be an important service provider to new Bank of America merchant clients after June 2020.

But there is now healthy speculation that Bank of America is about to decide just how big it wants to be in payments, as the Bank starts to understand the impact if it could offer those services directly, potentially strengthening ties with customers and earning more.

The US payments business is at a crossroads, with a new generation of ventures from Silicon Valley and China looking to muscle into an industry that collects $90 billion every year from merchants. That’s prompting longstanding players such as First Data to consolidate, and banks to ponder their own roles. Already, JPMorgan Chase  has proven it’s possible to set out on its own, offering technology and other services to meet retailers’ needs.

Pushing further into payments could be another way for Bank of America to further expand its offerings for small business. In recent years, the lender has added bankers to deepen relationships with those customers, while improving other services, such as making it easier for them to get financing, Chief Financial Officer Paul Donofrio told analysts on a conference call last month.

“We are continuing to serve our customers in every manner possible,” added Brian Moynihan, Chief Executive Officer. With a growing range of payment options, “the customer can have their cake and eat it too.”