For many years payments processing has been considered the ugly sister of the payments industry that quietly ticks over in the depths of back offices. 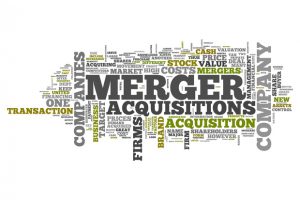 In the last 18 months it has emerged as a hot sector, as companies rush to take advantage of the huge growth potential stemming from the global shift towards digital and mobile transactions.

Vantiv, the largest processor in the US, led the dash to capitalise on the growing trend when it made a firm £9.3bn takeover offer for UK rival Worldpay on Wednesday, fending off competition from JPMorgan Chase in the early stages.

According to the FT, the rival approach by the US’s largest Wall Street bank by assets highlights the strategic importance of the payments processing business to incumbents and new entrants, both vying for a dominant share of future revenue.

Consultants at McKinsey forecast global payments revenues will grow from $1.8tn in 2014 to $2.2tn in 2020. Philip Jansen and Charles Drucker, who will be co-chief executives of the combined Worldpay-Vantiv business, say the merger is aimed at creating a processing behemoth to exploit the burgeoning e-commerce market, as more payments are made online and via mobile phone.

Figures from Capgemini’s world payments report show that the number of global non-cash transactions made in 2015 jumped 11.2% to 433bn. Experts warn that competition is becoming fierce — from traditional banks as well as smaller FinTech groups such as Stripe — and companies with scale are most likely to succeed.

Last week, the board of Paysafe, the UK digital payments specialist, recommended a £3bn bid by CVC Capital Partners and Blackstone, as more private equity firms swoop into the sector. The Vantiv deal turns the tables on Worldpay, which was last year poised to bid for a large US rival.

Drucker, currently president and chief executive of Vantiv, says the deal will “give us unparalleled scale” and “positions us to be the disrupter in the market”. The combined company, which will be called Worldpay, will be the largest payments processor by number of transactions globally.

Although it’s only really a round up of recent M&A and analyst sentiment, it is the state of the payments industry today. It is hugely commoditised – the signs have been there for over 5 years, and as reported, scale is pretty much the only play, unless you have a very efficient and niche offering (like a Stripe).

At the risk of repeating prior comments on Worldpay/Vantiv stories, it’s not simply an open goal for success here. Yes as a mega-trend, digital payment volumes will increase long term as payments shift to cashless, but at the same time there is a compression to margins that has been in play for a while and is accelerated by consolidation of the value chain.

The risk (and it’s reasonably well documented in the numbers of many payments businesses) is that any organic growth in digital payments volumes is more than offset by falling margins.

The problem here for the ‘behemoth’ that is Vantiv/WorldPay is that it is the larger players with more concurrent legacy platforms (often through layers of acquisition) who are least well placed to innovate and deliver value add.

Taking longer term view, this commoditisation will only be further encouraged by the continued pressure from competition regulators for standardisation of infrastructure & opening up of access (NPP in Australia, the UK’s ongoing evolution, through open banking and national payments strategy etc. ).

Value added and profit will be from providing seamless customer service, whether this is integration into invoicing and billing, at order processing either online or at point of sale, and into banking and non-bank financing, across all of C2B and B2B, domestic and international.

So the end-game looks to be not so different from mobile telephony, the money will not be in providing connectivity but in providing the integrated software that proves appealing to users, both consumers (linking card, phone and online) and business (invoicing, cash management, …)

The counterargument must be that this is still some way off, the industry is still only in the early middle-game and the behemoths (Vantiv/WorldPay, also the card giants) can continue to make money from handling growing payments flows.

On the three to five year horizon on which most business decisions are made, the case for merger can still be made. Bankers, investors and analysts say the payments industry is ripe for consolidation and expect more deals to come, particularly as sterling weakness could expose other potential targets in the UK.

The post What is the driving force behind the new fashion of mega-mergers in payments appeared first on Payments Cards & Mobile.