Quantum computing technology is set to revolutionise computing, providing exponential gains in processing power. But what does this mean for the payments industry and surrounding, supporting industries?

How does it work?

To answer that question comprehensively would require a degree in particle physics. The easiest way to understand it is to start with traditional computing, which encodes data as a series of zeroes and ones. Quantum computing exploits the quirky behaviour of sub-atomic particles, which can be in two states at the same time (a property that is called “superposition“). This means that a quantum bit – or qubit – can be a one and a zero at the same time. 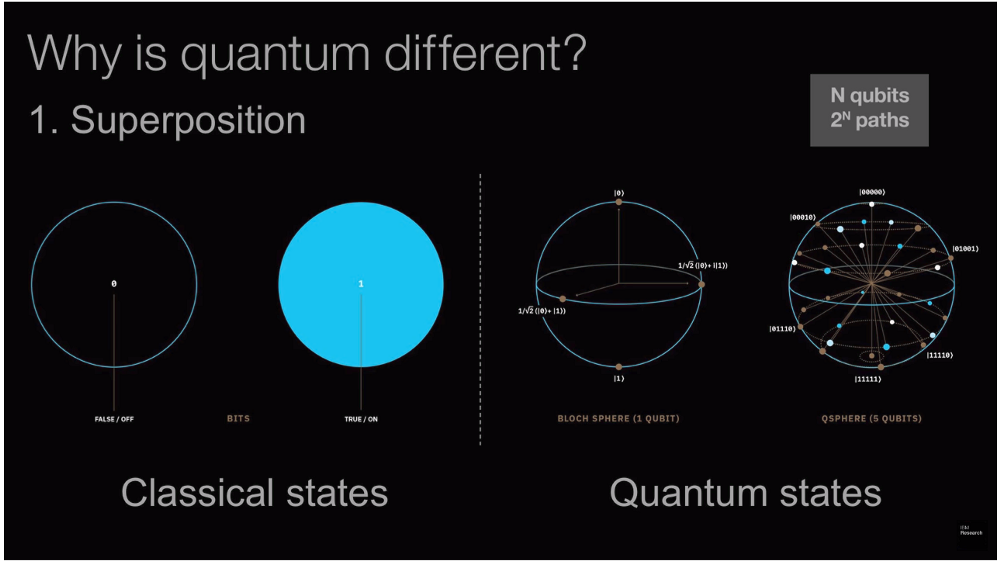 Why is that useful?

Combining large numbers of qubits means that the number of states they could represent rises exponentially, making it possible to compute millions of possibilities instantaneously. That’s why quantum computing speeds up data processing, making it possible to solve problems far beyond the reach of traditional computers.

What other practical applications are there?

Experts say one of the first practical uses will be in chemistry simulations, modelling the behaviour of molecules and atoms as part of the development of new drugs and materials.

But the applications won’t just be scientific. In banking, for instance, quantum computing could be used to create risk management systems that are better at modelling a bank’s financial exposures and calculating potential losses.

Another application could be in the field of artificial intelligence, where quantum computers could help machine-learning algorithms to master complex tasks much more quickly than they currently can.

Is this already happening?

Not quite yet. The problem is that qubits are hard to manage. Tiny changes in temperature and noise can swap ones and zeroes, or ruin a crucial superposition. This means that qubits have to be carefully shielded, and operated at extremely cold temperatures. Plans for quantum computers assume that a significant amount of a quantum processor’s power will have to be used to correct its own errors, caused by misfiring qubits.

Progress is being made, though, and researchers are gradually assembling larger numbers of qubits; IBM have announced a chip with 50 qubits and Google’s latest has 72. A working quantum computer would need thousands, though. That’s why the real breakthrough is probably still five to 10 years away.

The added processing power provided by quantum computing will inevitably be used by some people for unethical purposes, and it will undoubtedly make it easier to break some cryptographic algorithms.

On the plus side, quantum computing can also be used to strengthen security. In a recent article, Gemalto cryptographic expert Aline Gouget wrote: “We are working on the design of products embedding so-called crypto agility capability. This enables software to be loaded that could replace keys and algorithms, as and when they become deprecated. This powerful mechanism enables a fleet of resistant products to be maintained, even as algorithms are found to be vulnerable.”​

So ultimately, quantum computing is a good thing?

Absolutely. Think of all the benefits conventional computers have brought us, and then imagine what will happen when quantum computing provides vastly improved processing power. We can’t predict all the consequences, but it will be fascinating to watch as quantum computing begins to reach the mainstream.

The post What is quantum computing and how does it work – a beginners guide appeared first on Payments Cards & Mobile.