The largest UK banks are set for another windfall with the sale of the bank-owned payments company VocaLink to Mastercard for £700 million ($920 million) – but what are the ramifications for the UK payments industry?

NEWS OF THE deal came in July, months after the UK payment systems regulator (PSR) recommended the divestment of the company. It came hard on the heels of the sale of the bank-owned association Visa Europe to US-listed Visa Inc, which completed in June – writes Joyrene Thomas. 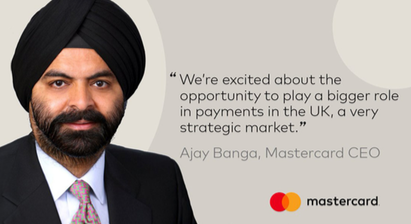 The VocaLink deal will see the sale of 92.4 percent of the company. A majority of VocaLink’s shareholders will retain the remaining 7.6 percent ownership for at least three years. An earn-out for existing shareholders of up to £169 million ($220 million) is included if performance targets are met. Barclays has con rmed that it stands to net £104 million for its 15.18 percent stake, with the potential for a further maximum earn-out of £29 million.

VocaLink operates the key technology platforms behind the UK payment infrastructure. This includes the automated clearing house (ACH) network, the real- time payments network known as Faster Payments and the LINK ATM network. VocaLink was formed from the merger of Voca Limited and LINK Interchange Network Limited in 2007. It is owned by a consortium of the UK’s 18 biggest banks and building societies, including Barclays Bank plc, Royal Bank of Scotland Group, Lloyds Banking Group, HSBC and Santander.

CONVERGENCE OF CARD AND NON-CARD PAYMENTS

Speaking at the time of the announcement, Ajay Banga, president and CEO, Mastercard described the UK as “a very strategic market for us” and looked forward to playing a bigger role in payments in the UK. Visa dominates the UK on debit, leaving Mastercard with less than ve percent of the debit card market. However the signi cance of this deal goes beyond debit cards.

The acquisition will give Mastercard access to real-time payment rails, and see the potential convergence of card and non-card payments. At a time when prices, costs and margins are under pressure within the cards business, such convergence could potentially alter the payments landscape. The proposition of push payments to retailers — immediate settlement of funds and no chargebacks — is very attractive.

“Real-time payment solutions are taking account-to-account ACH transactions, which were anything but real-time, into the real-time domain. So suddenly you have a completely di erent set of rails available for retail transactions,” explained Francesco Burelli, managing director, Accenture Global Payment Services. “These systems provide immediate or near-immediate con rmation that the transaction has taken place, the money moves and the payment is irrevocable.”

“We need to distinguish between the interface that is used to activate, initiate and authenticate the payments, and the rails on which the payment runs. Right now, we are seeing the convergence of the rails: the back-end. As to the front-end, we don’t know what type of devices are going to hold payment credentials. Mobile handsets are very well positioned to be holding payment credentials, but these changes are not short-term.”

WHO WILL OWN THE MEANS OF CONNECTION?

The UK payment systems regulator published an interim market review in
March, claiming that common ownership of the national payments infrastructure was “hampering competition and the speed of innovation in the market.”

Whilst the Mastercard acquisition would tick the recommended divestment box, it may not necessarily increase competition and innovation. In an o icial statement, the PSR con rmed that it would discuss developments with Mastercard and VocaLink and with the relevant merger authority, where appropriate.

“At present, common ownership and control remains a key issue. However, the recent news that Mastercard intends to buy VocaLink could address the issues we have identified,” said Hannah Nixon, managing director, PSR.

“We must not lose sight of the other issues that are causing concern. The problem runs deeper than just the ownership of the infrastructure provider and we will want to see further changes in the market if competition is to be e ective,” she continued.

By acquiring VocaLink, Mastercard has taken a massive stake in the convergence of the industry in the medium-term. The key to dominating the 20th century economy was to own the means of production. Whereas in the 21st century, advantage belongs to those who own and create the means of connection.

Who will own and create the connections? With Mastercard acquiring VocaLink and Visa building out its real-time payment capabilities with the expansion of Visa Direct in the US, it would be unwise to discount the traditional card incumbents just yet.

The post What does the Mastercard acquisition of Vocalink mean for the UK payments industry appeared first on Payments Cards & Mobile.