The Western Union Company and PKO Bank Polski, the largest Polish bank, have enabled Western Union Money Transfer transactions originated from nearly anywhere in the world to be paid out at more than 3,000 ATMs of PKO Bank Polski in Poland or credited directly to their bank accounts. 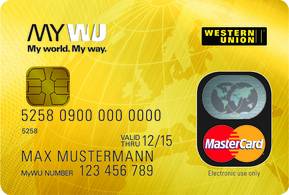 than 4,300 ATMS or more than 30% of the carded population in Poland. Western Union’s relationship with Bank Zachodni WBK offers an ATM network of 1,300.

Carded customers of PKO Bank Polski have the choice of having their money transfers credited in multi-currency – PLN, USD, EUR and GBP – and can also access the services through the bank’s online platform.

“Western Union continues to expand its cross-border capability to give our customers multiple pay-in and pay-out options. We are evolving to increase choice and convenience for our customers who have a variety of money transfer needs around the world and in Poland,” comments Odilon Almeida, President of the Americas and European Union.

Western Union’s traction into account or card payout is gaining momentum in Eastern Europe. Last month Western Union formalized a deal with MasterCard and Banca Transilvania (BT) to enable remittances originated from nearly anywhere in the globe to be received on Maestro and MasterCard consumer cards using 900 BT automated teller machines (ATMs) across Romania, one of the largest remittance receivers in Eastern Europe[i].