When iOS users update the app, which is not yet available on Android, they receive an option to 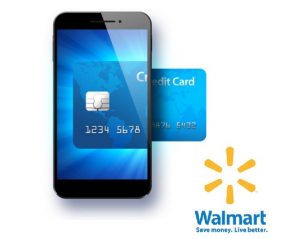 create or log into a Walmart.com account and connect their debit or credit card to the app. From there, users can start paying through the app by scanning a QR code.

As of the launch, Walmart Pay is only usable at Walmart stores, but the service should be completely rolled out by the end of the year.

Walmart Pay could face some roadblocks to widespread adoption, but it also has some features that should make users want to continually engage with it.

The app is not totally frictionless because users do have to open the app to use it, a disadvantage compared to Apple Pay and Android Pay. But Walmart has integrated its mobile wallet into an app that is quite popular with its consumers, as it had 22 million users at the end of 2015.

Furthermore, the app lets users pick up online orders in stores, refill prescriptions, obtain digital receipts, and more, all of which should give customers reasons to at least try the app.

As Apple, Samsung, Google, PayPal and others increase their focus on mobile wallet products, paying with phones in stores is going to become commonplace. And Walmart Pay is just another piece of this growing puzzle.