In October 2014, W3C, the World Wide Web standards organization, announced plans to develop a world-wide payments standard for internet payments. The initiative is an interesting project to monitor since W3C has a clear track-record of driving marketplace development.

Who/What is the W3C? 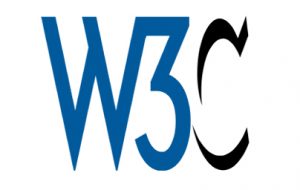 power the internet, such as SSL, HTTP, and HTML. W3C was founded and is currently led by Tim Berners-Lee, who is often credited as the “inventor of the internet.” W3C is a non-profit organization with 400 members including Apple, Google, Microsoft, Facebook, and eBay – writes Chris Dickey, Associate, specializing in Credit Card Issuing, First Annapolis.

W3C has a proven track-record of marketplace development. HTML5, for example, a new version of the language that powers most webpages, expanded the capabilities and usefulness of the language, allowing it to replace third-party technologies such as Adobe Flash, which were previously required for anyone who wanted to watch movies or play dynamic content.

What is the Payments Initiative?

W3C is increasingly focused on internet commerce as its next domain for development with the objective to reduce fragmentation of payments standards and to reduce the barriers to enter into the marketplace for internet payments. Specifically, W3C notes that its payments standard will cover “international low-value remittances, general retail payments, bill payments, and utility payments.” The group will initially study the gaps in the existing environment and recommend a path forward to fill these gaps (including, for example, a focus on mobile wallets, which are clearly hindered by a lack of interoperability among standards – HCE, NFC, etc.).

W3C itself does not resource its developments, but rather acts as an association for interested parties to focus and progress the common good. The payments initiative is little more than a concept at this point. To date, W3C has garnered indications of interest regarding a payments standard from the likes of the US Federal Reserve, Target, Walmart, Rabobank, the World Bank, PayPal, Google, Microsoft, Orange, Apple, AT&T, Deutsch Telekom, and Bloomberg, among others. The next step for W3C will be to organize formal support including the resourcing for the advancement of the payments project. Thus, any real initiative is years away and faces a series of hurdles prior to realization.