VocaLink, the British operator of the Faster Payments service, has announced a five-year deal with UnionPay International to enable UnionPay cardholders to access ATMs across Europe and the UK. Under the deal, VocaLink will provide ATM transaction processing and UnionPay sponsored access.

With around 5.4 billion cards in circulation, more than one-in-two (53%) bankcards issued globally 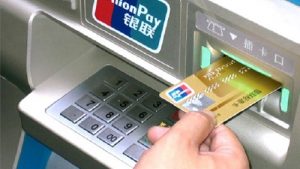 The Chinese tourist market is growing — around 117 million Chinese travelled abroad in 2014, spending around $165 billion.  Tourist numbers are forecast to increase to 234 million by 2020, according to the United Nations World Tourism Organisation.