Its all change for Visa at the moment, having divested out of Monitise and yesterday announcing the mothballing of V.me, it has now closed its mobile payment venture in India after claiming that leading telecom companies refused to share their network.

The company Movida India, the joint venture that Visa had formed five years ago in 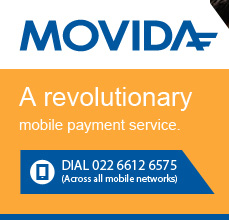 partnership with Monitise, has shut up shop and Naushad Contractor, head of the 50:50 JV, has quit, three persons aware of the development said.

Visa had set up a customised platform using Monitise software that could be used by banks to offer their customers mobile payment services.

Visa, which felt the platform would add to its card transaction volumes, had tied up with leading banks like ICICI and HDFC. But the missing link was a deal with large mobile service providers. For the past few years, Visa had been lobbying with the government, Reserve Bank of India and telecom regulator for allowing it to tap the Unstructured Supplementary Service Data (USSD) channel of telcos.

The USSD channel is a simple interactive text messaging system that can be used by a mobile phone subscriber to reach out to her bank for transfer funds, check balance amount, pay bills, cancelling cheque, putting in a request for a new cheque book, obtaining account statement, and even buying books and music using debt or credit cards.

“It happened at a time the mobile companies themselves were emerging as serious players in the mobile banking space. The telecom regulator and the concerned ministries were in favour of letting Visa use the channel of telcos. But telcos refused to share their bandwidth and network though they had grudgingly given access to the state-backed National Payments Corporation of India (NPCI),” said a senior person in the payments industry.

“I believe telcos did not have a choice when it came to NPCI as the PM himself was gung-ho about financial inclusion and ‘Digital India’ through mobile banking. Well, Visa did strike deals with a few telecom companies but they were not the biggies. It made no sense for Visa to continue the venture unless users of leading mobile companies used the service,” a person familiar with the situation added.