It was only a few months ago that we published a report on the growth of P2P payments and what a success they were. Now teething pains have hit Venmo in early 2018, leading the PayPal division for P2P payments to take an unexpectedly large loss due to fraudulent transactions and shut down some of its features. 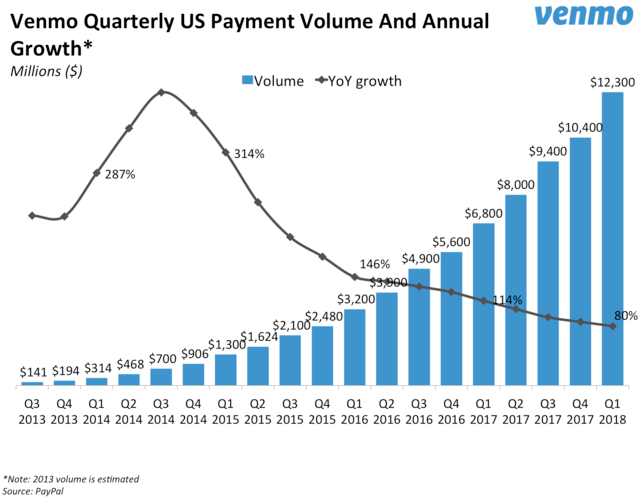 In response, Venmo limited and shut down certain features, while blacklisting tens of thousands of accounts. This included pausing an instant-deposit feature, which allowed transfer of funds in a Venmo account to a bank account in as little as 30 minutes for $0.25. The feature returned a few days later, according to a company spokesperson. Recently, Venmo increased its cost, now charging a 1% transaction fee.

Venmo also stopped allowing transactions from its Web site, requiring all payments to happen via its app. While 98% of users relied on the app already and only 2% used the Web site for transfers, 15% of net losses occurred via the Web site.

The Wall Street Journal which initially reported the fraud losses wasn’t able to determine what led to the elevated fraud.

However, in a separate announcement the company said, “Venmo loss levels are lower than the overall average for PayPal and compare favourably to the industry. When introducing new features, it is not unusual to see short periods of elevated losses.

In Q1 of 2018, Venmo had multiple new features that were introduced and received exceptional customer demand. As loss patterns emerged, the Venmo team quickly updated the new features to prevent losses and protect customers.

With the new instant transfer feature, that meant suspending the new feature for a few days and then reintroducing it. Suspending that feature temporarily was the right thing to protect customers. Venmo users have continued to enjoy those new features with Venmo’s protections against unauthorised access and at loss levels that are inline or better than our expectations.”

Venmo has had few revenue sources in the past and has taken losses on operations since its start. However, it’s slowly shifting into more fee-based services, including letting customers pay for Uber and other services directly from their account balance.

Venmo is one of several companies contending for a vast market of money transfers between people for casual expenses like splitting the cost of a meal to much larger expenses like rent. Competitors include Zelle, run by a consortium of 30 major US banks, and Square Cash, a system operated by the credit-card processing company Square.

Zelle handled $28 billion in transfers in Q2 2018. Venmo managed about half that, or $14 billion, in the same period. Zelle has an estimated 23 million US users, and Venmo about 27 million.