Now the shift to EMV and chip-card transactions is almost complete, with 1 billion EMV cards in circulation in the US at the end of 2019 and close to 10 billion globally, according to EMVCo.

EMVCo, the governing body that manages EMV card interoperability, released its December 31, 2019 statistics which revealed that the US had 1.074 billion EMV chip-enabled credit, debit and prepaid cards deployed compared to 1.04 billion for Western Europe, which is represented as Zone 1 in its data. Only the US is represented as a single country zone in EMVCo statistics, whereas all other countries are grouped into various regions. 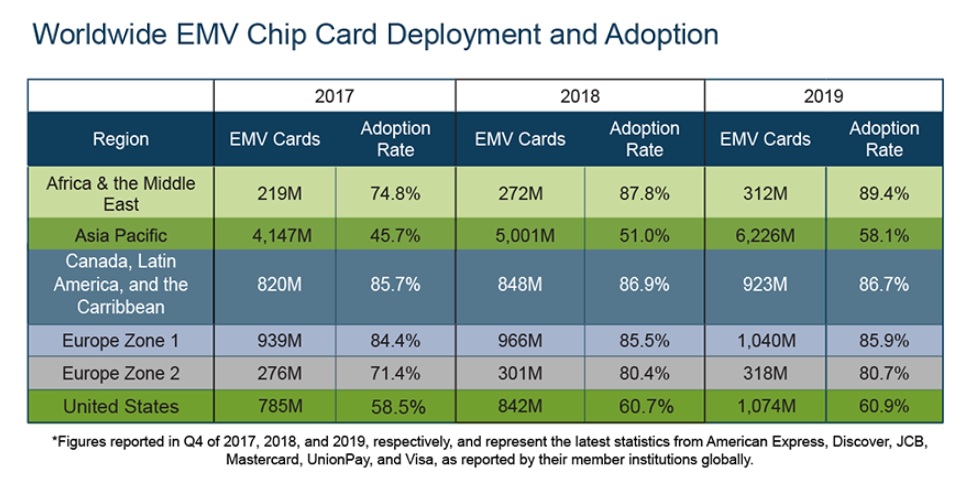 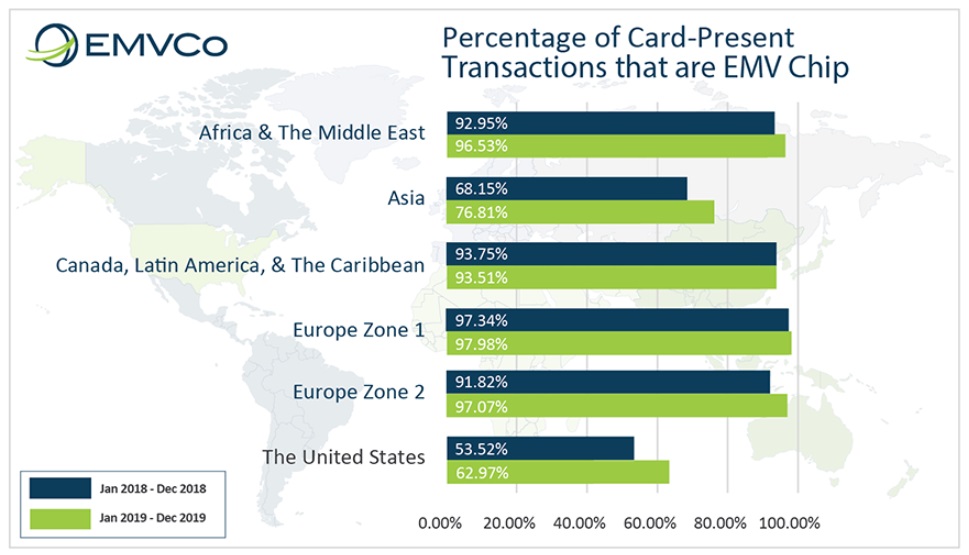 One major factor in Europe leading EMV chip card processed transactions is that both zones exceed 80% levels of chip card penetration as opposed 63% in the US and almost 77% in Asia Pacific.

Another factor contributing to lower EMV transaction levels is the US has been the speed with which it adopted chip-card payments, compared to many European countries.

When many countries in the world shifted to EMV, the US became an easy target for fraudsters. To reduce fraud, the US began its migration to EMV in 2014-2015.

The results speak for themselves: