At the risk of sounding like the new Weather Channel website, can we learn anything about EMV migration from Canada? After all, they have already upgraded or replaced more than 60,000 ATMs to accommodate EMV. Has this had any impact on the level of debit fraud in Canada? 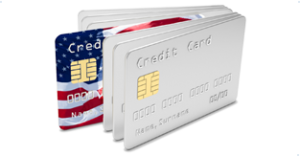 the fact that it will up to seven times larger — dismissing Canada’s EMV migration experience would be a mistake.

Three key takeaways from Canadian EMV migration as seen in the Interac numbers are as follows:

An interesting aside is that all non-EMV ATMs were turned off by Interac in December of 2012 — a reduction of nearly 1,000 terminals. In 2013, Canada saw a sharp increase in ATMs as many of these machines were upgraded or replaced.

Nearly 98 percent of all Canadian debit fraud occurring in 2009 was domestic. By 2014, that number had plunged to less than 14 percent.

Conversely, the international component of Canadian debit fraud rocketed up from just over 2 percent in 2009 to more than 86 percent in 2014. Presumably, much of that fraud moved to the U.S., currently one of the last magnetic stripe-only holdouts.

Once these blocks are removed in 2016, as MasterCard and Visa claim they will be, non-EMV IAD and merchant terminals will be fully exposed to both domestic and cross-border debit fraud chargebacks.

With no legislative mandate to upgrade to EMV in the U.S., many merchants and IADs will take a “wait-and-see” approach. A glance northward may help to shine some light on the magnitude of the chargeback tsunami headed our way.