More than 30 US banks and credit unions are unveiling a unified service to customers this week, called Zelle, after years of watching Silicon Valley innovators from Square to Apple build P2P payments systems. 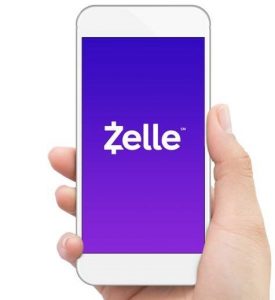 Zelle will supplant a patchwork of products the biggest banks have offered their customers for years. This time, the service is faster and so broad, that chances are it already has your money.

Across the nation, about 86 million mobile-banking customers will soon see Zelle logos in the apps managing their accounts, according to a statement Monday from Early Warning Services, a bank-owned risk-management firm that oversees the network. The Zelle symbol looks like a cross between a Z and a dollar sign. On many devices, a button may urge users to “Send money with Zelle.”

In the months to come, partnerships with Visa and Mastercard will let virtually anyone with a US debit card use Zelle as well, even if their bank isn’t among the dozens participating in the rollout. Those customers will have to use a standalone Zelle app.

To be sure, big banks including JPMorgan Chase, Bank of America and Wells Fargo have offered their own customers P2P capabilities for years. And the network has been quietly moving cash in the background for a while. In the first quarter, banks on the Zelle network processed more than 51 million such transactions, totaling $16 billion.

The difference now is that customers can send money in real-time through a much wider array of institutions.

“The combination of that speed and the safety and security of knowing that it’s being facilitated by financial institutions” is important to customers, said Mark Monaco, head of enterprise payments at Bank of America. “You get the convenience of P2P payments with the security that banks offer.”

Early Warning is owned by seven of the largest US lenders. Other financial institutions are signing on to help create a united front against tech firms that have been pushing into their domain. PayPal’s Venmo already is popular among millennials, who appreciate the platform’s social-media features. And Apple said last week it will debut a P2P payments service within its iMessage app this year.

Capital One will be the first lender to offer Zelle-branded P2P payments within its app, Early Warning said. Wells Fargo, JPMorgan, Bank of America and U.S. Bancorp will integrate the service into their own offerings before the end of the month.