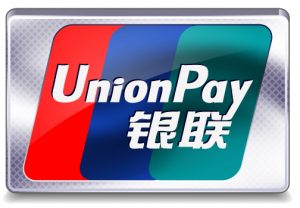 Expo, where he briefed an audience of about 200 industry experts on the growth history and functions of China UnionPay. He also signed an agreement with Cartasi SpA, an Italian credit card issuer.

Ge said that the agreement is an example of China UnionPay’s international development strategy, expanding the card company’s customer base through partnerships with local companies in Europe, and in the process recruiting new European customers.

China UnionPay was founded in 2002 with a view to enable interbank payment transactions in China. The company began to expand overseas in 2004, which later led to the founding of its international brand, UnionPay International.

UnionPay International now has partnerships with more than 300 institutions worldwide and its global network covers more than 150 countries and regions. There are about 5 billion UnionPay cards in use.

One key international market for UnionPay is South Korea, where one in five people has a UnionPay card. In Pakistan and Laos, UnionPay cards have been issued to customers for many years and have now become the most recognised payment card locally. In the United States, more than 90 per cent of automated teller machines and more than 80 per cent of retailers accept UnionPay cards.

These achievements did not come easily, considering that UnionPay International is up against fierce competition from other global payment card companies like Visa and Mastercard, Ge said.

“UnionPay International is not a truly international payment card company because overseas transactions account for only about 2 to 3 per cent of its overall transactions, but we have an advantage in expansion as China’s economy grows rapidly,” Ge said.

UnionPay International’s global strategy has two facets, one for developing economies and the other for mature economies, according to Ge.

One successful example of this approach is Thailand, and UnionPay International is establishing additional partnerships with other emerging economies, Ge said. “It is similar to helping a partner country build up a motorway, because after it has been built, our cars can very easily be driven on it, so we can export more cars.”

So far, most of the UnionPay cards issued in Europe are still from Chinese banks, serving the Chinese community. In March, Garanti Bank, the largest bank in Turkey, started to issue UnionPay cards.

Ge said that his team is discussing such arrangements with many more banks, including the Italian bank UniCredit Group, and held a meeting with them during his visit to Italy this month. “Such partnerships are beneficial for the Italian banks as well because they help enlarge their customer base. We are building win-win relationships,” Ge said.