Link – the UK’s largest cash machine network – wants to lower the interchange fee that card issuers in the network pay to each other and independent providers when their customers withdraw cash. 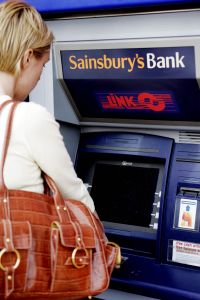 There are fears this will lead to reduced provision because a lower fee would make running free cashpoints less profitable. John Howells, the chief executive of Link, has promised there will be protections in place for customers on low incomes and that vulnerable areas of the UK would not be left without ATM access.

Which? has called for the Payment Systems Regulator to conduct an urgent market review to evaluate the impact of funding changes on the cash machine network.

There are currently 70,000 machines across the UK and just one in five of these charges for withdrawals – most are kept free thanks to fees paid by banks. The ATM Industry Association has suggested that at least 10,000 free-to-use cashpoints could be at risk from the changes.

While Link disagrees with this forecast, a spokesperson from Cardtronics, the biggest ATM operator in the UK, said that if the funding cuts go ahead, it will have ‘no choice’ but to pull out a significant number of free ATMs straight away. Link said it will incentivise operators to keep free machines by setting a higher interchange fee in deprived areas, or areas with poor access.

However, Regulators should block reductions in fees by Britain’s LINK cash machines network if they threatened access to free-to-use ATMs across the country, a senior lawmaker said on Tuesday.

Regulators should block reductions in fees by Britain’s LINK cash machines network if they threatened access to free-to-use ATMs across the country, a senior lawmaker said on Tuesday.

“Any significant reduction in free access to cash would be an unacceptable outcome,” she said. “We think a moratorium will be needed if those concerns do not disperse.”

Lawmakers would take a “dim view” if regulators and the industry failed to find a solution, she added.