The UK is set to make more than a quarter (28.6%) of all online purchases through mobile devices in 2015, according to an international study commissioned by RetailMeNot.

The study, carried out by the Centre for Retail Research (CRR), presents the key figures 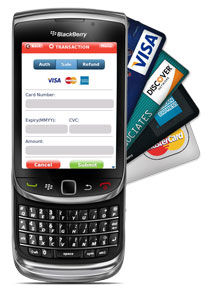 and trends for m-commerce in eight European markets and North America.

The report confirms the UK’s status as the largest m-commerce market in Europe, with sales of £14.95 billion expected in 2015. Brits are set to spend an average of £1 million on mobile devices every 35 minutes throughout the year or to put it another way, £474 a second.

The UK m-commerce market is more than a fifth bigger (21%) than Germany (£12.4 billion) and the market is 2.5 times (152.5%) larger than France (£5.9 billion) – the largest markets in Europe after the UK. The UK market is almost 25 times larger than Poland (£0.6 billion) – the smallest market studied in the report. In stark comparison, around £0.6 billion is spent via mobile devices in the UK every two weeks.

“Mobile is now the driving force behind e-commerce growth, accounting for more than one in four pounds spent online in the UK this year. However the true impact of mobile on retail is much greater than this,” explains Giulio Montemagno, Senior Vice President of International at RetailMeNot.

“Our research suggests that mobile is becoming a ‘shopping companion’ for many Brits. Almost three-quarters of mobile users regularly visit retailer’s websites to browse or make purchases, with some retailers seeing as many as one in two visits to their websites come through mobile. Faced with some high rates of growth and a huge opportunity to drive sales, ignoring mobile is simply not an option for retailers in 2015.”

While PCs hold on to their position as consumers’ first choice for making online transactions, the report shows that sales on smartphones and tablets are growing fast.

Although mobile devices are increasingly used to search for product information, compare prices or look for digital coupons and offers, most transactions still take place through other channels.

“Mobile must be felt in everything that retailers do. Consumers don’t think of retailers as having online, offline or mobile channels,” continues Montemagno.

“They just want to shop and find the best offers in the way that is most convenient for them. Savvy retailers have recognized this and are already beginning to make use of new technologies such as geolocalisation, beacons, and mobile coupons, to target consumers through the device they use most and to provide a seamless purchase path and a truly multichannel shopping experience.”