The UK Treasury has said that Anti-money laundering regulations should be updated to include Bitcoin and other virtual currencies. 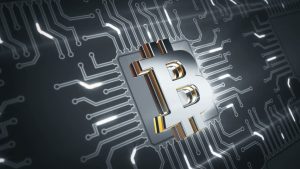 The government’s aim is part of a broader update to the EU rules which are under negotiation.

The update, revealed in Parliament last month, would mean that traders would no longer be able to operate anonymously.

Bitcoin expert Dr Garrick Hileman, a research fellow at the University of Cambridge, said that in jurisdictions such as New York, crypto-currency is already subject to tighter regulation.

“I think these announcements have a powerful signalling effect and put the industry on notice that the ‘cop on the beat’ is concerned and watching crypto-currencies more closely now,” he said of the Treasury news.

“This in turn will motivate companies to more effectively self-police bad actors.”

At a press briefing, Scotland Yard warned about the currencies’ popularity among criminals.

A Treasury spokesman said that there were already “clear tax rules” for legitimate crypto-currency users.