The UK’s Royal Mint has been forced to end plans to launch its digital gold token after a partnership with US exchange group CME failed and the government vetoed a plan to have the tokens trade on a cryptocurrency exchange. 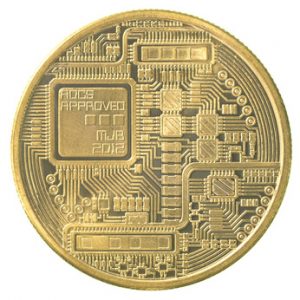 The ending of the potentially ground-breaking project, named Royal Mint Gold (RMG), highlights the wariness of governments to become involved in the largely unregulated world of cyptocurrencies, which exploded into the public eye last year with the stellar rise of bitcoin – according to Reuters.

As other mints and FinTech startups race to set up similar products, it could squander the chances of Britain’s Mint leading the field to build gold into a multi-billion dollar digital asset class.

It also reflects a cooling of enthusiasm toward digital assets at the CME, sources say.The project would have been the first time a government of a developed economy had become directly involved with a cryptocurrency exchange.

The 1,100-year old Mint announced its plan to issue tokens worth up to $1 billion on a blockchain-based trading platform run by CME in 2016, saying they would give investors an easy way to buy and trade physical gold held in its vaults.

Royal Mint Gold was to launch in the autumn of 2017, but CME decided at the last minute to pull out, leaving the Mint without a trading venue. “CME’s management changed, and they walked away, didn’t want to get involved,” one source said.

When a blindsided Mint sought to save the project by partnering with a cryptocurrency exchange, Britain’s finance ministry in early 2018 refused to permit it, seeing the union as too big a gamble with the reputation of the government and the Mint, the source added.