UK closing US lead on FinTech investment in PayTech

The UK’s payment technology, or PayTech, sector is booming and closing the gap on the US, its closest rival, according to research from the Emerging Payments Association (EPA), sponsored by The Bancorp and conducted by Accourt. But the report also raises concerns about the UK PayTech sector’s attractiveness to acquirers. 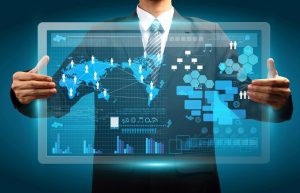 founded or operating in key western markets (France, Germany, Italy, Spain, UK and US) between 2010 and 2015. It found that UK and US companies dominate the market almost completely, with 90% of start-ups originating in these countries.

While the US has more PayTech companies overall, the UK punches well above its weight. In 2010, 13% of PayTech start-ups were based in the UK compared to 58% in the US. By 2015, the US had remained nearly static with 61% of start-ups based there, while the UK had more than doubled its share to 28%. Seed funding growth reinforces this view.

The lifecycle of UK PayTechs is also impressive, with start-ups remaining independently active for longer than peers in other western markets including the US. After five years, 43% of US PayTechs had either failed or had been acquired, while all of the businesses in the UK remained active and independent. While this indicates that the UK is better at creating and fostering sustainable PayTech companies with long-term prospects, the lack of acquisitions suggests some caution about acquiring start-ups before they are fully scaled up.

o    The US and UK dominate payments in western markets

“It’s gratifying to see the UK PayTech sector punching well above its weight – not only creating new ideas that become new companies, but also creating businesses that thrive beyond the start-up phase to challenge the bigger players,” said Tony Craddock, Director General of the EPA. “While investors have recognised the potential in UK PayTech for some time now, it seems that prospective acquirers are less certain. PayTech companies and the broader payment industry needs to do a better job at showcasing the scale and scope of success in the UK.”

“One area the UK has led on is regulation and start-ups are clearly taking advantage of the unique conditions of the UK to create sustainable businesses. However, much more can be done. Regulators should take note of what’s possible even when some aspects of the system work against start-ups, such as the cost and complexity of accessing Faster Payments,” concluded Craddock.

“With the unprecedented speed of evolution in payments, it’s critical that we take a breath and evaluate whether as an industry we are doing enough today to support the payment businesses of tomorrow,” said Kriya Patel, European Managing Director, The Bancorp. “The report highlights the challenges and opportunities involved with funding, an analysis of the investment trends currently being witnessed, as well as an assessment of the business and investor lifecycles currently anticipated in this growing sector. From entrepreneurial start-ups to those on recognised global indices, it’s required reading.”