The UK is set for higher online Black Friday retail spending growth than the US, according to new data from Ingenico ePayments. 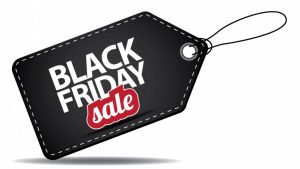 The global analysis of online retail growth from last year reveals that the estimated total amount spent online in the UK rose by 273% on Black Friday, compared to the average Friday.

Enthusiasm in the US was markedly low in comparison, with online spending only 137% higher than the average Friday that year. Overall, the UK now spends more online per capita than the US, according to the Centre for Retail Research, and this trend is reflected on Black Friday, with UK spending growth almost double that of its transatlantic counterpart.

Besides the UK’s huge 24-hour Black Friday spike, online retail spending value was still high between Black Friday and 31st December, but only 53% higher compared to the rest of 2015 – significantly lower than on Black Friday itself.

“We’ve witnessed first-hand the Black Friday migration from bricks and mortar to online, and now the momentum is shifting from the United States to the UK,” comments David Jimenez, Chief Revenue Officer at Ingenico ePayments. “This year, we expect to see online spending peaks on Black Friday in the UK, Cyber Monday in the US and we’ve already seen the Singles Day boom across China.”

The UK Black Friday online spending spike of 273% was mirrored across Europe, where the average rise in total value spent was 275%, as shoppers across the continent also leaped at the chance of Black Friday discounts:

US online shoppers have instead been shopping in far greater numbers on Cyber Monday, where sales volumes last year were 60% higher than Black Friday sales. This became the biggest ecommerce day in US history, as online sales tipped over the $3bn mark.

“Maximising these opportunities will mean offering customers a choice of payment options and a quick checkout experience even at the busiest times,” continues Jimenez. “Working with the world’s largest online retailers, including digital good merchants who experience extremely high peak volumes when new items become available for download, we understand and excel in meeting the challenges that merchants face at this time of year. The UK and Europe continue to register phenomenal online growth and, we’re committed to furthering the seasonal online sales boom here.”

Momentum also appears to be building in South America; eMarketer’s own research reported that Black Friday ecommerce sales were up 38% in Brazil, South America’s largest ecommerce market and that Cyber Monday rose even faster, by 56% compared to 2014.

Across Asia and Australasia, Black Friday is overshadowed by Singles Day, now the world’s largest shopping day, exceeding the global sales of Black Friday and Cyber Monday combined. This year’s Alibaba-led event generated more than 121bn yuan (£14bn), a rise of 32% on last year’s sales, according to the Chinese company.