During 2014 we saw several occasions of significant political figures from the UK having a bitcoin friendly stance – is this all set to change in 2015. 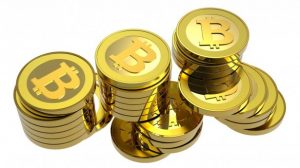 both showed their appreciation towards the potential of bitcoin. Osborne in specific commissioned the Treasury to produce a programme of work on cryptocurrencies. It looked like UK politics were looking forward on helping the UK becoming a global centre for the Bitcoin economy. It now becomes obvious that UK banks probably perceived this as a threat – reports NewsBTC.

The British Bankers Association, which represents most major British banks submitted a document for the Treasury’s consultation on the benefits and threats of digital currencies. In this document the BBA questioned the fundamentals of bitcoin and also warned about the possible thread of digital currencies being used for criminal or terrorist purposes. According to the BBA:

“The impact that digital currencies can have on monetary or financial stability currently is limited given the size of the digital currency market,[…] However, if ‘convertible’ digital currencies were to reach mass adoption in the UK, there is a possibility this may have an increasing effect on sterling.”

It’s quite obvious how UK banks view bitcoin as a potential future threat. But we’ll have to acknowledge that their views are not entirely one sided. Concluding in their submission the BBA notes that:

“Digital currencies and the distributed ledger functionalities that enable them are an innovative technology that can potentially offer benefits to consumers, businesses, government, and the wider economy.”

Banks obviously don’t seem to appreciate the unlimited freedom bitcoin can offer. We can only hope that UK politicians won’t have banks in mind when it comes to regulating bitcoin.