Small and medium-sized businesses in the UK are likely to benefit from the substantial projected growth of alternate sources of funding, such as peer-to-business (P2B) lending and crowd-funding over the next 5 years.

This market could grow to more than £10 billion by the end of the decade. 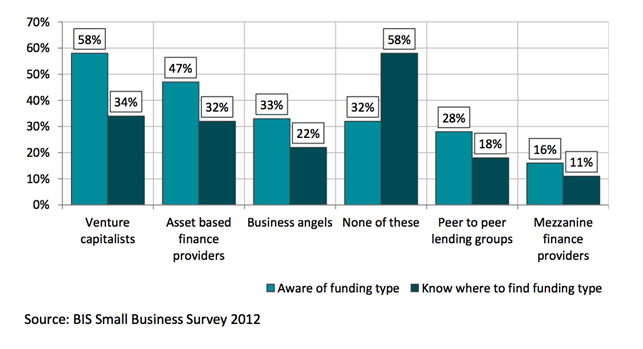 The findings come amid news from France that a peer-to-peer lending platform has become the first to raise €1 million for a business in a single transaction. Following a change to the law passed by the French government in October 2014, Lendix became the first lender to raise €1 million for a building company — the maximum allowed under the new law.

Meanwhile back in Britain, online peer-to-peer lender, Funding Circle, confirmed plans to raise £150 million through the launch of a new London-listed fund. The SME income fund will focus on lending to companies in the UK and US, and is targeting a dividend yield of 6-7% a year.

As in many countries, small and medium-sized businesses are a significant part of the UK economy. They comprise more than 99% of the total business population, more than half of all private sector employment, and generate 43% of private sector turnover.

Small firms tend to rely on their bank for their financing needs, due in large part of a lack of knowledge about alternative solutions. However, it is likely that the introduction of new, user-friendly and well-advertised financing options will provide competitive pressure on incumbent and challenger banks. These may need to react accordingly to prevent a loss of market share in the SME space.

Travers Clarke-Walker, chief marketing officer, international group, Fiserv, which sponsored the research said: “As SMEs and consumers demand new products and services, there is a significant opportunity for banks to innovate with their own new products or through partnership with start-ups and alternative lenders. By embracing technological advances, financial institutions can also contribute to serving SMEs with this growth in new forms of lending and expanded credit.”