Difficult economic trading conditions and the challenger banks’ evolution of last year has sliced a share of the leading traditional banks’ brand value.

The pandemic ushered in a new era where most consumers turned to digital facilities for regular banking products as lockdown measures prohibited movement. Some of the traditional banks that did not have sufficient digital banking infrastructure faced the heat from FinTech facilities.

Data researched by Trading Platforms indicates that the top ten international banks cumulatively lost $23.01 billion in brand value in 2020. The banks recorded a total brand value of $98.12 billion, representing a drop of 18.99% compared to 2019’s $121.13 billion figure, according to a press release. 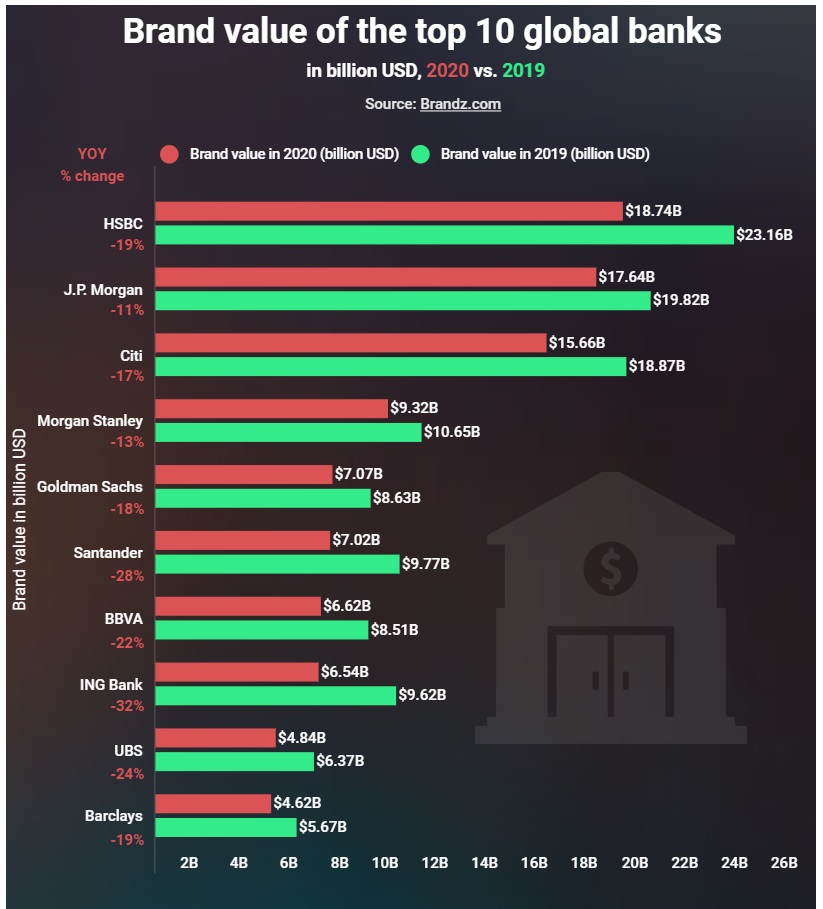 The analysis also shows that HSBC was the biggest loser in brand value by $4.42 billion, followed by Citi at $3.21 billion, while ING Bank is third with a $3.07 billion loss in value.

“Overall, the crisis strengthened the competitive pressures among banking institutions through accelerating the shift towards digitalization of financial service providers. Some of the traditional banks heavily invested in digital services, enabling them to compete with fintech and other banks. At the same time, some of the traditional banks showed intentions to acquire existing challenger banks,” explained the report.