The Toys ‘R’ Us bankruptcy cocktail: Amazon, Walmart and billions in debt

When Toys “R” Us filed for bankruptcy protection, the easy culprit to blame was Amazon. 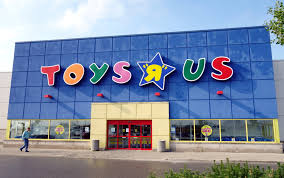 But long before Amazon battered Toys “R” Us with a much deeper selection, Walmart was beating up the toy retailer with aggressive pricing on the most popular items during holiday seasons. Amazon hasn’t helped either.

This past fall, Jet.com, owned by Walmart, had the lowest prices in the toys category, followed by its parent company Walmart, according to a report from the pricing software startup Boomerang Commerce.

When it comes to selection, Amazon had more than five million items listed online in its Toys & Games category, according to the report, while other retailers like Toys “R” Us had less than 100,000 each.

Instead of differentiating itself by creating tons of in-store experiences that bring families into stores for more than just purchases, Toys “R” Us has largely tried to beat Amazon and Walmart at their own games. It hasn’t worked. Neither have its big bets on licensed toys from movies like “Star Wars” and “Lego,” as the Wall Street Journal noted.

All of this has been exacerbated by a big problem outside of Toys “R” Us’ core business: Billions of dollars in debt resulting from its 2005 leveraged buyout by Bain Capital, KKR and Vornado Realty Trust. As a result, the retailer has had interest payments some years of up to $500 million, according to Bloomberg, leaving it less cash to spend on technology and other innovations.

If the bankruptcy restructuring can help Toys “R” Us get a handle on its debt, it’s not crazy to see a profit in sight. But the chances of dominance in the toy category are over, and even the road to a leadership position contains many major obstacles.

The post The Toys ‘R’ Us bankruptcy cocktail: Amazon, Walmart and billions in debt appeared first on Payments Cards & Mobile.