The state of mobile banking 2015

Mobile banking continues to gather momentum, fuelled by rising smartphone use and the steadily improving supply of mobile-optimized banking worldwide.

In a new piece of research by Forrester, they surveyed US and Western European online adults in Q1 and Q2 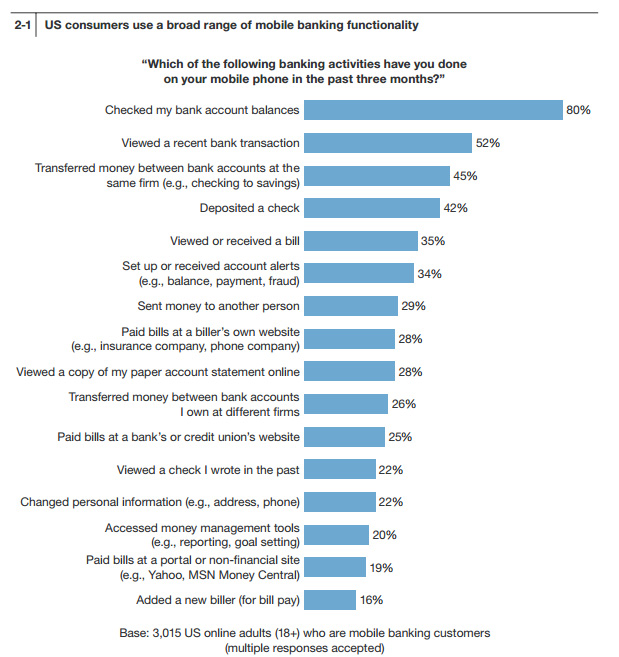 2015 about their interest in and use of mobile phones for a range of banking tasks like checking a balance, transferring money, and paying a bill. The research found that:

There are substantial national differences. There are big differences in adoption rates across countries: While overall mobile banking use in Australia, the Netherlands, Sweden, and the US is approaching half of all online adults, Canada (30%), the UK (25%), and Germany (19%) are lagging behind. There are also big 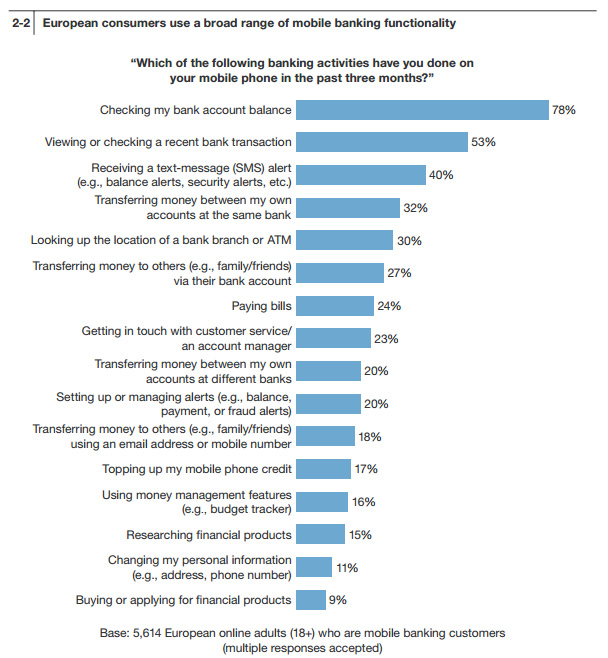 differences in the proportion of individual banks’ customers who use mobile banking, with direct banks naturally having more mobile banking users than most multichannel banks.

Many factors influence mobile banking adoption. A wide variety of factors influence consumers’ likelihood to bank on their smartphone and help to explain the differences in adoption between countries and among individual banks. These factors include mobile Internet adoption, availability of affordable data plans, smartphone ownership, privacy and security concerns, the availability of traditional banking channels like branches and ATMs, and individual banks’ efforts to promote mobile banking use.

Down load the Report HERE

The post The state of mobile banking 2015 appeared first on Payments Cards & Mobile.