The Mobile Payments and Fraud Survey 2017

The Mobile Payments and Fraud Survey: 2017 Report is the fifth edition of this annual study which seeks to understand and measure the state of mobile payments and mobile channel fraud.

Now with five years of data and thousands of merchants surveyed, this study is able to identify persistent patterns and changing trends around many aspects of mobile channel payments and risk. 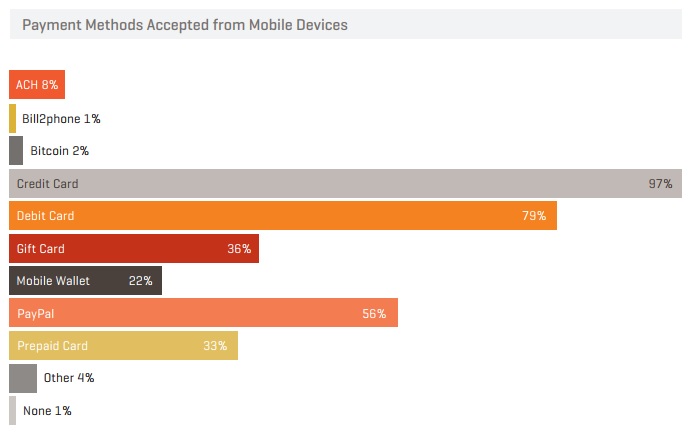 Over this same time frame, the portion of merchants who earned less than 5% of their total revenue in the mobile channel fell from one-half to one-fifth of all merchants. To say the mobile channel and the emphasis merchants place on mobile has grown over the past five years would be an understatement.

The majority of merchants, 60%, believe browser-based mobile payments are those at greatest risk for fraud. Causing some concern is the fact that despite more merchants reporting growing mobile fraud, fewer merchants are concerned with managing fraud risk in the mobile channel any differently than they do for traditional e-commerce. 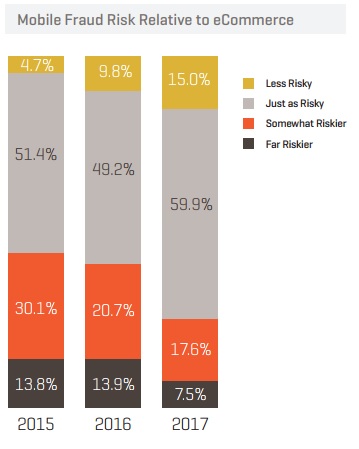 For the third consecutive year, merchants have been more likely to support the two major mobile operating systems as well as cross-platform solutions like mobile optimized websites. Merchants have also grown by leaps and bounds in terms of the various features they support to facilitate mobile payments.

The most common feature merchants support today are dedicated mobile websites, which 47%of merchants offer today, up from 38% five years ago. Mobile apps that can be used for online shopping are supported by 44% of merchants today, up from just 21%at the time of the inaugural survey.

Although mobile wallets used at the physical point-of-sale haven’t caught up to support for mobile e-commerce, nearly 30% of merchants accept POS mobile payments today, nearly twice as many merchants as supported this five years ago.