The Mobile Finance Report 2019 – Benchmark of banking and payment apps

The Mobile Finance Report 2019 highlights the high-growth markets for banking apps and details the benchmarks and metrics marketers must aim for, to acquire and retain high-value audiences. The global report — which draws from Adjust and App Annie internal data from January 1, 2019 to June 30, 2019 — analyses more than 90 apps from 36 countries.

Mobile has created radical innovation, with a fundamental shift taking place in personal finance. “Mobile banking has disrupted traditional banking to an extraordinary extent over the past two years, and traditional banks are only catching up to the digital revolution,” says Monty Munford, venture partner and tech speaker. 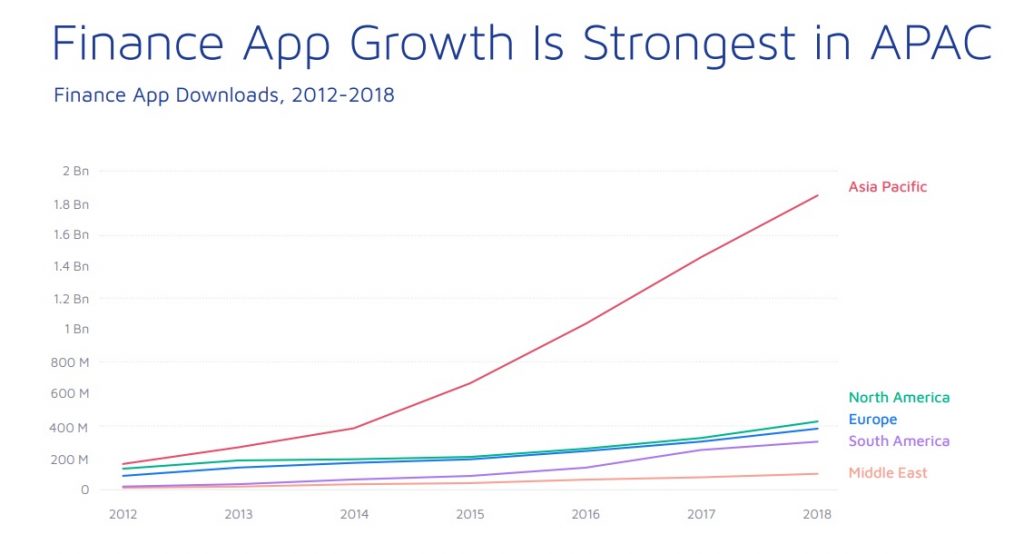 Here are three quick takes on the state of modern finance:

The Unbanked Are Hotspots of Growth

Mobile has opened personal finance to the world’s unbanked. A massive 143 million mobile money accounts were opened in 2018 globally, according to mobile trade body the GSMA. These users were concentrated in Southeast Asia and Africa, areas with few banking options. While there’s still room to scale — 1.7 billion adults remained unbanked — reaching them remains a challenge, with infrastructure and local regulation slowing progress.

Another revolution is happening, with payment apps primed to become the new way to pay. Physical currency is disappearing as people handle more transactions with their phones. Asia has given rise to the “super app,” which combines aspects of social media with the ability to transfer money. The West is only just catching on.

Payment apps are driving the next wave of financial innovation

Payment app uptake is strong; however, moderate retention rates suggest marketers would do well to use more channels and approaches to activate and motivate their audiences. An analysis of retention rates across 15 app categories shows Payment apps have room to grow.

“Given the growth and retention rates we’re seeing for finance apps, mobile is becoming the de facto channel for managing money,” said Danielle Levitas, EVP Global Marketing and Insight of App Annie. “The winning apps will be those that offer users simple in-app onboarding, intuitive UX, strong security, and a more personalised experience.”