The Internet of Things

IDATE has published its analysis of and forecasts for the global Internet of Things (IoT) market.

An opportunity to deliver a synthesis of the Institute’s many reports on the matter (smart cars, M2M, smart grids, smart cities, smart toys…) to examine a market which, although developing rapidly, still raises a host of questions: is it really taking off, and how fast? Which business models seem the most reliable? Which market players and countries are in the best position to benefit from this new stage in the Internet’s evolution?

Although the Internet of Things is a powerful concept, it is not necessarily a market in and of itself. IoT encompasses a very disparate array of fields that need to be examined separately, to obtain an accurate understanding of their particular features, and their true growth potential.

IDATE forecasts that the global IoT market will grow from a base of 42 billion objects in 2015 to 155 billion in 2025, which translates into an average annual increase of 14%.

Unsurprisingly, the Internet of Objects (IoO) represents the bulk of the IoT market (80%), thanks to its widespread adoption by a number of sectors, and to the very low cost of tags.

And the smallest market in terms of volume is also the newest: Wearables & connected objects with 1% in 2015. But it is also the market that will grow the fastest over the next 10 years: by an average 30% per annum up to 2025. 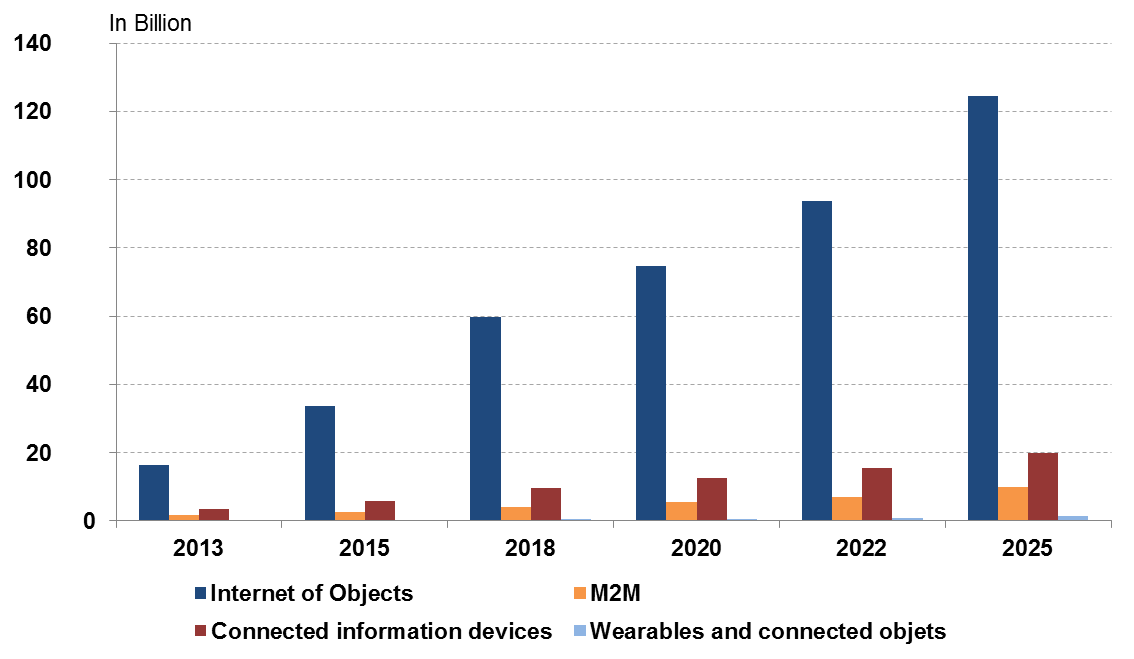 Compared to the size of the Internet of Objects and Connected information devices segments, the rest of the market is splintered between a host of vertical markets:

The different sectors’ contribution to the global Internet of Things market, in 2015 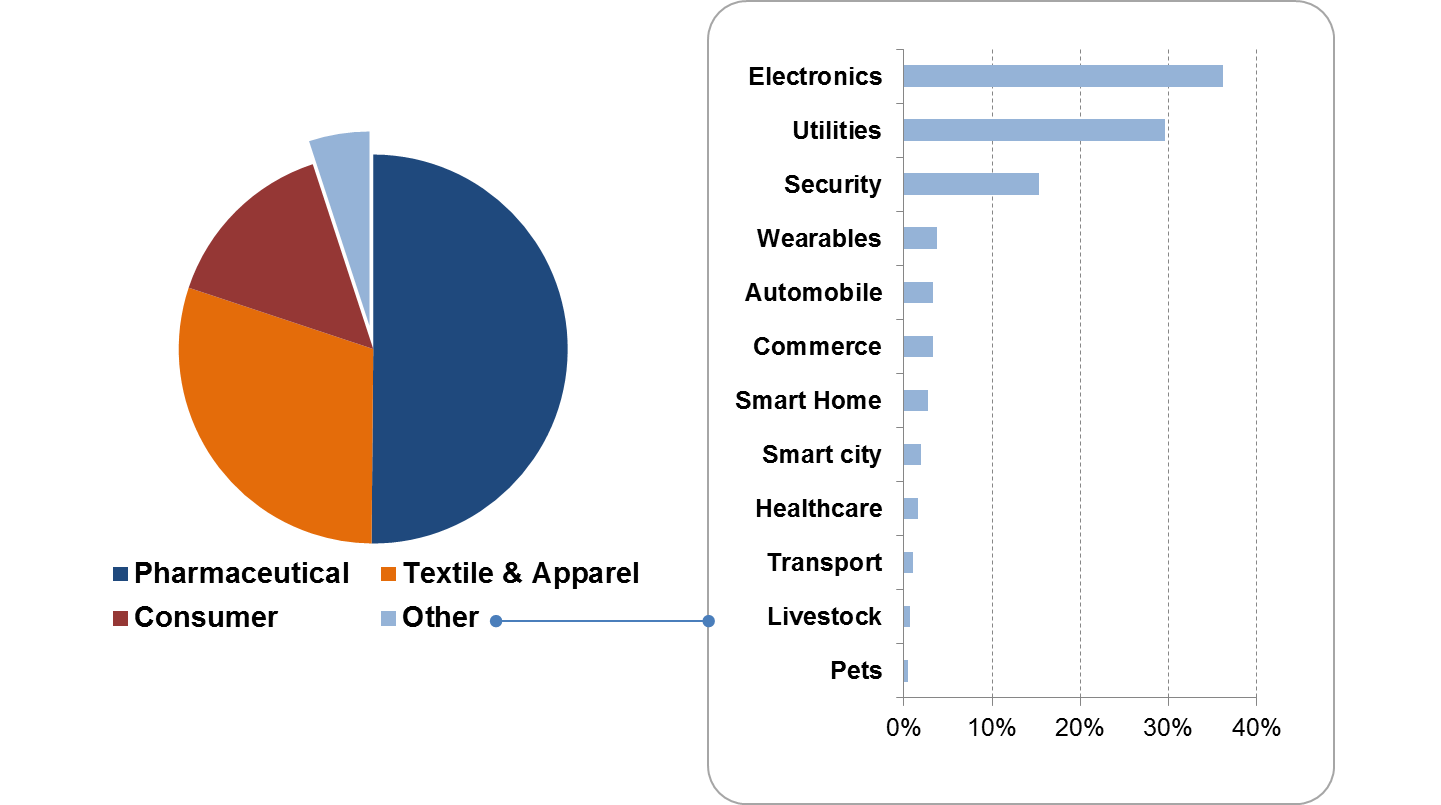 Is the IoT market changing shape?
To provide a clearer strategic analysis of this disparate set, IDATE has chosen to break down the Internet of Things market into four key areas. A distinction can be drawn between consumer and business products, on the one hand, and between the different types of connectivity, on the other:

The report provides a detailed analysis of the resulting, four key IoT markets:

The Internet of Things market

The post The Internet of Things appeared first on Payments Cards & Mobile.