The impact of the interchange fee regulation – a card scheme view

European payments are being hit by several disruptive forces, including heightened levels of innovation, competition and regulation. 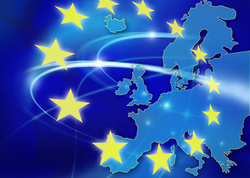 The impact of the interchange fee regulation – a card scheme view

Fee for card based transactions, also known as the IFR. This article will not describe what is in the Regulation as plenty of literature on the topic is widely available. Instead, it will focus on the commercial implications as well as pointing out some critical issues that it creates.

In this article, which first appeared in the EPC newsletter, Marc Temmerman, Director European Affairs at Visa Europe, outlines the impact the IFR will have on card issuers (who will need to re-assess their card portfolios) and acquirers (the IFR will lead to a broader acceptance of credit cards, especially in areas where acceptance had been limited so far). He also focuses on the issues card schemes will need to deal with, raised for instance by the IFR definitions of ‘commercial cards’ and ‘cross-border payment’.

The Interchange Fee Regulation (IFR) is much more than a few articles capping interchange fees for debit and credit cards. The regulators have included a series of ‘business rules’ dealing with a variety of issues.

The net effect of the IFR is a redistribution of revenues and costs which will have a major impact on issuers and acquirers.

It goes without saying that interchange fee caps have a direct effect on issuers’ bottom line which forces them to re-assess their card portfolios. Depending on the country, issues to be considered will include:

Of course, there will also be opportunities to further reduce costs by rationalising selected parts of the delivery chain, including processing, card personalisation and optimising fraud and risk policies. All in all, there will be longer term benefits for issuers who fundamentally reconsider their business. Exploiting evolving technology and innovation opportunities will be necessary to keep meeting end-users’ needs and expectations.

Narrowing the gap between interchange fees for debit and credit creates an opportunity to increase acceptance in areas where for credit cards, it has, so far, been limited. For instance, there are already clear indications from markets like Germany that retailers, who have not yet seen a business case to accept credit cards, have suddenly become interested in doing so. Other factors that will increase acceptance include:

However, competition in the acquiring market is likely to increase, due to the improved ability for acquirers to operate cross-border (though a major anomaly may prevent them from doing so as explained below) and the increased transparency of merchant pricing (imposed through articles 9 and 12 of the IFR). More competition will increase margin pressure and may result in further consolidation.

‘Big data’ is often hailed as a new revenue generating opportunity in the card business. The extent to which acquirers will be able to create revenue opportunities by providing new information based products and services remains to be seen. The ability to provide such services may become the entry ticket required to be able to bid for the merchant’s business, especially with larger merchants.

There is no doubt that adjusting to the ‘new normal’ will not be an easy task for issuers and acquirers. In fact, the regulators have drastically changed core components of the business model. Nevertheless, it has been proven on many occasions that industries and businesses have the ability to reinvent themselves and those who dare to think out-of-the-box often come out stronger. In a few years, we will be able to assess how successfully the industry has done this.

Dealing with the anomalies

The Regulation has also left us with a few issues which seem to defy its original purpose. These are the definition of commercial cards, interchange rates applicable to cross-border acquired transactions and, for payment systems, the deadlines imposed for separating scheme and processing.

For many years, Visa Europe has argued that commercial cards constitute a completely different market than consumer cards, with different end-user requirements and competitive dynamics (e.g. three party schemes leading in certain market segments). As such, the exemption of commercial cards from the rate cap provisions is, in itself, excellent news.

More problematic is the fact that during the final phase of the trilogue negotiations between the European Commission (the Commission), the European Parliament and the Member States, the definition of commercial cards was altered, creating major consequences for many issuers.

Up to the day of the ultimate negotiations, a commercial card was defined as “…any card-based payment instrument issued to undertakings or public sector entities or self-employed natural persons which is limited in use for business expenses where the payments made with such cards are charged directly or indirectly to the account of the undertaking or public sector entity or self-employed natural person”.

During the negotiations some concerns were raised about the risk that some issuers might in reality provide such cards to consumers or allow mixed usage of the cards (personal and business expenses). It was therefore suggested that in order to prevent this, only direct charging to the account of the undertaking should be permitted.

However, whether cards are individually billed to the cardholder (who will then be reimbursed by his employer) or directly billed to the account of the business itself, does not alter the nature of a genuine commercial card. Moreover, scheme rules clearly require that commercial cards can only be used for business expenses and issuers’ terms and conditions reflect this requirement as well. As such, there should not be any circumvention concerns if individually billed cards are excluded from the rate cap provisions, as originally proposed by the Commission.

Given that a very substantial part of corporate cards are based on individual billing, mostly combined with joint and several liability between cardholder and employer, many issuers will re-assess the business case for continuing to offer such cards and the additional services (e.g. reporting) they require. Indirectly this would impact their corporate customers who may have no other choice but to seek three party scheme-based alternatives.

The IFR may generate an unlevel cross-border acquiring playing field

Recital 1 of the IFR states that “… Eliminating direct and indirect obstacles to the proper functioning and completion of an integrated market for electronic payments, with no distinction between national and cross-border payments, is necessary for the proper functioning of the internal market.”. Moreover, in Recital 13, it is clearly pointed out that payment service providers should be able to provide their services on a cross-border basis.

This ambition has been a key driver of many recent regulatory initiatives and is to be supported as there are clear market level benefits to be gained from reduced fragmentation and hurdles to market entry. The increasing importance of cross-border acquiring is evidence of this market trend and is fully aligned with the internal market concept.

Cross-border acquiring is not explicitly covered in the IFR but indirectly caught via the definition of cross-border payment: “… a card based transaction where the issuer and the acquirer are located in different Member States or where the card-based payment instrument is issued by an issuer located in a Member State different from that of the point of sale.” All other transactions are considered as domestic transactions.

The first half of the cross-border definition implicitly covers cross-border acquired transactions. Combining this with the fact that Member States can set lower rates for domestic transactions creates an enormous anomaly which seems to fly in the face of the internal market concept itself.

It is Visa’s view that when a card from country A is used at a merchant in country A, domestic interchange rates should apply, regardless of who acquires the transaction. If not, in cases where domestic rates are lower than cross-border rates, the cross-border acquirer would not have access to these lower rates and would therefore be excluded from the market.

It is almost unthinkable that the regulators and the Member States will allow this anomaly to remain as it would distort the acquiring market in a major way.

Though no impact assessment was ever made concluding that separating scheme management from processing is necessary to ensure truly open competition and to remove hurdles to market entry, the IFR, in one simple sentence in its article 7, does just that: “Payment card schemes and processing entities (a) shall be independent in terms of accounting, organisation and decision-making process”.

Compliance must be achieved by 9 June 2016 and the European Banking Authority (EBA) is expected to develop ‘technical standards’ setting out the separation requirements in detail by 9 December 2015. However, recently, the EBA announced that a first draft may not be available until the end of 2015, after which a public consultation will be held, potentially followed by a public hearing. As a result a final text may not be available until April-May 2016.

It goes without saying that complying with a provision that may not be completely defined until a few weeks before the effective date creates significant compliance and commercial risks to schemes. Delaying implementation activity until the finalised standards are official could prevent us from meeting the 9 June 2016 regulatory deadline. Alternatively, undertaking further pre-emptive implementation activity now by second guessing the finalised standards creates the risk of significant rework.

Visa is urging the EBA and the Commission to acknowledge this issue and work with the schemes to find a pragmatic way to prevent a potentially significant problem.

The post The impact of the interchange fee regulation – a card scheme view appeared first on Payments Cards & Mobile.