Target rolls out mobile wallet to its app

Target has rolled out a proprietary mobile wallet. While the retailer still will not accept Apple Pay or other third-party mobile payment options in its stores, the retailer is going the route of Walmart and others who have devised their own mobile wallets inside their smartphone apps. 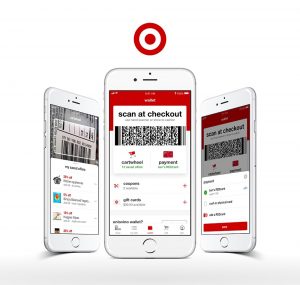 Target rolls out mobile wallet to its app

Target is rolling out the feature this week to holders of its Redcard credit and debit cards after a soft launch last week. Users are now able to combine their Cartwheel deals, weekly ad offers, as well as the 5% discount afforded through Target’s branded cards.

Then, the app combines all the discounts and the payment into a bar code on the shopper’s smartphone that is scanned at checkout.

Eddie Baeb, a Target spokesman, acknowledged that mobile wallets and payments have not yet been widely adopted.

But he said Target thinks it will be an appealing option for its customers since they are already accustomed to scanning their phones at checkout “probably more so than at any other retailer” because of Target’s popular Cartwheel savings feature. Cartwheel used to be a separate app but was embedded into the main Target app earlier this year.

“We think they’ll see a value in having those things together,” he said, referring to combined payment and savings in one scan. “We think our offering of the added speed and convenience will be compelling for Redcard guests that want to and are inclined to pay this way.”

Target said using mobile payment through its app is up to four times faster than using other forms of payment, such as with a physical credit card. Soon, it will add a feature that allows users to store and redeem gift cards through the “Wallet” feature.

The mobile wallet works on both Android and iOS versions of the Target app. While mobile payments have been round for awhile, with Apple Pay launching in 2014, they have not yet taken off in terms of popularity.

Part of the issue is that consumers haven’t found a lot of extra value in using mobile payments over swiping or inserting an old-fashioned credit card at checkout. Security issues also remain a concern.

The post Target rolls out mobile wallet to its app appeared first on Payments Cards & Mobile.