Square is rumoured to have filed an IPO, a person familiar with the matter said. Square filed its prospectus under the Jumpstart Our Business Startups Act, which permits companies with under $1 billion in annual revenue to file their IPO paperwork confidentially, the person said.

Square’s IPO could test the market for tech offerings, which has been quiet as more 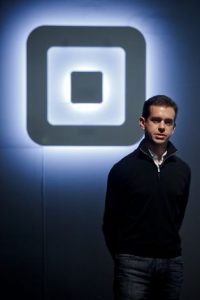 companies raise large rounds of private capital and their valuations have stretched into the billions.

So far in 2015, there have been 19 technology IPOs in the US, versus 41 by this time last year, according to Dealogic. No US companies valued privately at $1 billion or higher by venture capitalists have gone public this year, according to Dow Jones VentureSource. Square was valued by investors at $6 billion last year.

The road to an IPO could answer some of the questions hanging over Square. Chief among them is the career path of Jack Dorsey, its co-founder and chief executive, who has also held the role of interim CEO at Twitter since last month, when Dick Costolo stepped down from that role. Dorsey has been floated as a candidate for the job of full-time CEO, a role that would most likely require him stepping down from Square.

Dorsey is Square’s largest shareholder with a 26.2% ownership stake, according to a documents filed by Square in February with the Department of Commerce in Alaska. Other big investors include venture-capital firm Khosla Ventures, with a 17.4% stake, and James McKelvey, a co-founder and director, with 9.4%, according to the filing.

A spokesman for Square declined to comment on a potential public offering. Bloomberg News earlier reported on the confidential IPO filing.

An IPO would also test whether public-market investors are willing to value the company as highly as its venture-capital backers, who have bid up Square’s valuation over the course of seven rounds of financing.