Forester expect B2C e-commerce market in Southeast Asia (SEA) to rise from its current $19 billion to more than $53 billion in 2023, when it will account for 6.5% of all retail sales.

Southeast Asia (including Indonesia, Singapore, Malaysia, Thailand, the Philippines, and Vietnam) is home to 574 million people. Of these, 272 million (47%) are online and 144 million will make purchases online in 2018, making the region a magnet for investment by online retailers and venture capital firms. 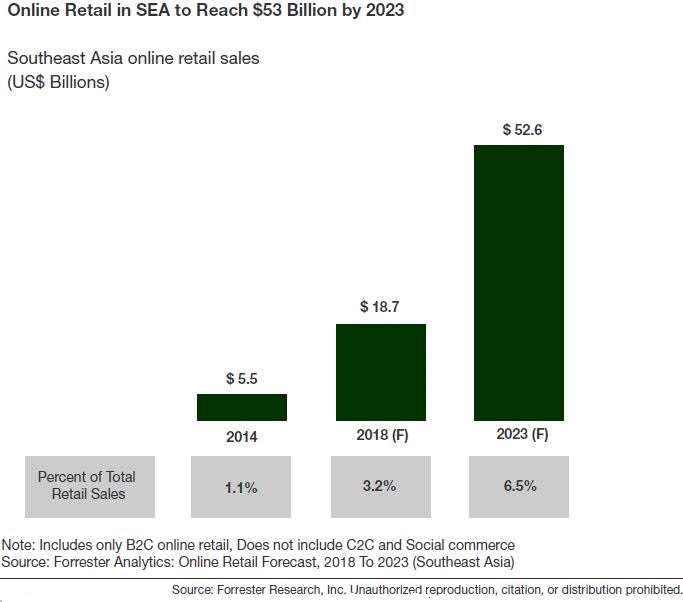 Specifically, they see that, in Southeast Asia: