According to a new report, South Korea’s cards and payments market is one of the most competitive and attractive in Asia-Pacific.

In terms of volume and value of transactions, South Korean payment cards recorded 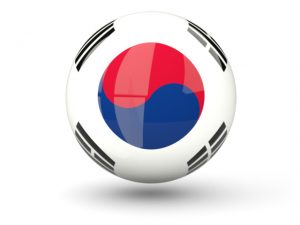 positive growth during the review period (2010-2014), accounting for 6.0% and 17.0% shares respectively in Asia-Pacific in 2014. This trend will grow further supported by the expansion of the retail and e-commerce markets, and an increase in the use of contactless cards.

The debit card market grew in terms of transaction value and volume over the last few years, and this trend is set to continue over the forecast period (2015-2019). In terms of transaction value, debit cards accounted for the largest share, with 43.2%; according to Timetric, this share is anticipated to increase to 49.6% in 2019. The migration of low-value payments from cash to debit cards was a key trend during the review period, as more cardholders become increasingly accustomed to making low-value payments by a debit card.

By contrast, the number of credit cards in circulation fell during the review period, and is likely to plunge further. In addition, an increase in household debt has prompted the government to introduce measures to discourage credit card spending, reducing tax deductions on credit card transactions and increasing them for debit cards. The move is expected to reduce use of credit cards and encourage the debit card use over the next four years.

Over the last four years, the South Korean cards and payments industry shifted towards mobile technology as telecoms companies moved into payments. As a result, mobile payments (m-payments) using near-field communication (NFC) are gaining traction among the Korean consumers. This demonstrates the convergence of mobile and traditional card-based payments, and signals the rising dominance of telecoms companies in the industry.

For example, in March 2012, Kookmin Bank launched an m-payment service, enabling payments at retailers using the UbPay app. Similarly, LG U+ has also released phones with NFC, such as the LG Optimus. Korean telecoms companies also plan to replace traditional SIM cards with NFC-enabled SIM cards, which will increase the scope of mobile-based payments over the forecast period.

To capitalise on the growing m-payments market, Samsung Card, a non-banking card issuer, launched Samsung Pay in August 2015. “Although the mobile payments market in South Korea is dominated by telecom companies and banks, with the emergence of non-banking card issuers such as Samsung Card, the competition is expected to intensify further over the forecast period,” says Kartik Challa, Analyst at Timetric.