SARB, South Africa’s central bank has revealed astonishing results for a trial of its blockchain-based system for interbank clearance and settlement. 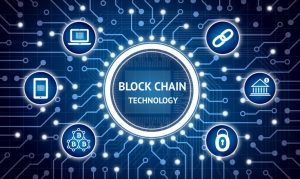 According to a statement, SARB said it completed a 14-week “realistic” proof-of-concept that managed to settle the country’s typical 70,000 daily payment transactions within two hours, taking an average of 1–2 seconds for each transaction – and all while preserving full anonymity.

Based on a detailed report published by the SARB on Tuesday, the pilot saw participation from members of a consortium of banks, including Absa, Capitec, Discovery Bank, FirstRand, Investec, Nedbank and Standard Bank.

Still, SARB stated in the report that the success of its proof-of-concept doesn’t mean it plans to replace the existing real-time gross settlement (RTGS) system with a live blockchain implementation. For that, more study is needed, the central bank said, and relevant regulatory and compliance systems would need to be in place.

“Key considerations that need to be addressed include the evaluation of supporting frameworks and other systems that integrate with the RTGS system, as well as the legal, regulatory and compliance factors. … A fully live DLT-based payments system is not currently planned in South Africa,” says the report: