Snapchat has announced it is testing a new way to search for products on Amazon.com through the Snapchat app’s camera, allowing users a mobile commerce experience by shopping directly using the messaging app. 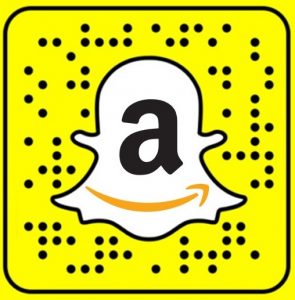 The visual search function will allow Snapchat users to point its camera at an item or barcode and buy it from Amazon.

While Snap’s technology determines what users are scanning, Amazon’s machine vision technology will recognize logos, artwork, package covers or other unique visuals to find the product. This partnership is unlikely to cost Snap much up front, as it primarily provides Amazon with access to its user base rather than building all of the related technology in-house.

While Amazon is becoming the de facto destination of sorts for product-related searches on the Internet, the company could benefit from having direct access to Snap’s young and engaged user base which is almost 190 million strong globally (in daily active user terms).

While visual search hasn’t really gained significant traction, Snap could help to make the feature more natural and intuitive. For instance, the Snapchat app opens directly into the camera, and users typically spend 30 minutes per day on average using the app, generating over 3 billion snaps per day.

Social media, in general, is also playing a bigger role in driving mobile commerce sales. While companies have used social media marketing for a while now, shopping directly from social apps appears to be gaining traction. For instance, Facebook’s Instagram recently launched Shopping tags in its Stories section and introduced a dedicated Shopping channel in Explore.

“When the item or barcode is recognised, an Amazon card will appear on-screen, surfacing a link for that product or similar ones available on Amazon,” the company said on a blog post. Snap said it would be rolling out the feature to its users in a phased manner.

While the company initially intends to roll out the feature to a limited number of users in the US, the collaboration could help open the door to more opportunities at a time when social media is seen as playing a larger role in driving purchases among younger shoppers.