Snapchap has announced that it will cease Snapcash, its mobile P2P payments app for Snapchat, on August 30. Snap launched Snapcash in late 2014 via a partnership with Square, but it didn’t gain much traction against bigger rivals like Zenmo, Square’s own Cash app, and Zelle. 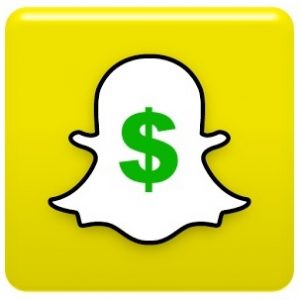 Zenmo, Zelle, and Square Cash were the three most popular mobile P2P payment apps (in that order) in the US last year according to eMarketer. Those three apps had a combined monthly active user (MAU) base of 40 million.

Snap was still experiencing torrid growth in 2014. Snapchat’s DAUs surged more than 50% between the first and fourth quarters of the year. The company rejected a $3 billion buyout offer from Facebook in 2013, and rode high on the media hype about ephemeral messages disrupting the social media market, especially among younger users.

Snap’s partnership with Square, which disrupted the traditional market for POS systems, seemed like a great partnership between two disruptive companies. Turning P2P payments into a social experience instead of one restricted to single apps or websites seemed like a smart strategy that could harm market leaders like PayPal.

Unfortunately, PayPal leveraged its massive online presence to promote Zenmo, the mobile P2P payments app it acquired in 2013. Meanwhile, over 30 US banks started promoting Zelle as their preferred P2P payments network to counter Zenmo and Square. To make matters worse, Facebook also entered the market by adding P2P payments to Messenger and in-app payments to Instagram.

Those factors all indicate that it’s a smart move to abandon Snapcash. But by killing Snapcash, Snap could also kill its fledgling e-commerce efforts. Earlier this year, Snap launched the Snap Store, a part of Snapchat’s Discover tab that lets users purchase Snapchat-branded products.

Earlier this month, TechCrunch noticed that Snapchat’s code included new features, codenamed “Eagle”, which could let users scan objects or barcodes with the app’s camera to see product search results on Amazon. The prospect of a partnership with Amazon sounded enticing, but Snap subsequently removed the code.

That move, along with its decision to kill Snapcash, indicates that Snap isn’t ready to turn Snapchat into a social e-commerce platform. That’s probably the right move, since similar strategies at Facebook and Instagram haven’t turned those platforms into major shopping apps.