Skype has added PayPal integration to its Android and iOS apps. The new ‘Send Money’ feature, which has launched in 22 countries including the UK, brings the ability to send and receive P2P payments. 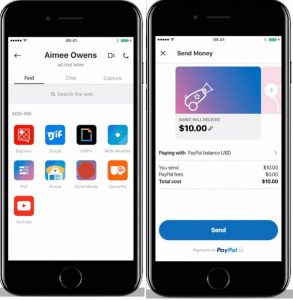 Skype’s PayPal integration works like this: To send money, you need the latest version of Skype for Android or iOS, but, confusingly, you can send money to somebody using any version of the messaging app.

“With over 1 billion Skype mobile downloads to date globally, users will be able to use PayPal directly from their Skype app to seamlessly send money in the moment – like for a gift for a family member across the country or internationally,” comments PayPal’s John Kunze, VP of Global Consumer Product and Xoom.

Microsoft adding PayPal integration to Skype comes just weeks after the company launched its new Skype mobile app. The new app, which ditches straightforward functionality in favour of Snapchat-style features, many of which have not been well recieved by business users.