The SIM card is so secure that in the case revealed recently, even intelligence services preferred to steal the key rather than attack the SIM card. The secure authentication of the mobile phone user on the mobile network is the main function of the SIM card.

Producers of SIM cards maintain the highest security procedures and processes. The 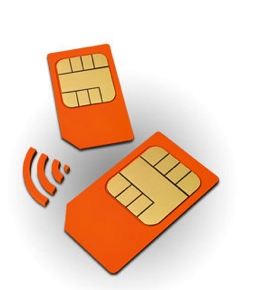 companies are taking the targeted attacks by intelligence services which were reported in the last few days very seriously, however.

“Until now G&D has no knowledge that SIM card keys were stolen. Immediately after the attacks were brought to light we did, however, introduce additional measures to review the established security processes together with our customers,” explains Stefan Auerbach, Member of the Management Board and Head of the Mobile Security business unit at G&D in relation to the latest media reports on targeted key theft in SIM cards by American and British intelligence services.

The smart card technology is characterized by secure hardware and software that producers have decisively helped develop and continually improve from the very start. The SIM card itself was also not targeted in the now known attack.

According to one manufacturer, G&D, security – above all the secure handling of key material – is its highest priority. Data generation takes place in highly secure areas, which are logically and physically separated from the rest of the corporate network.

The transfer of data to network operators always takes place in close coordination with customers. The security and integrity of security areas and the data transfer processes are continuously reviewed.