Santander: Banking on digital innovation but reviving the branch

In her first interview since taking charge at Santander and as part of the FT’s “Democratising finance” series, Ms Botín, the new head of the Eurozones biggest bank – Santander, says she aims to put the bank at the forefront of digital innovation, while keeping all options open in case the widely forecast internet revolution in banking takes longer than expected.

“It’s about phones but also maybe your watch,” says the 54-year-old, predicting how 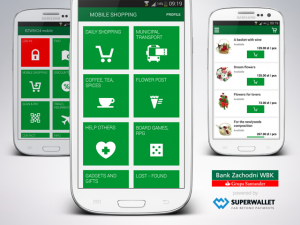 Banking on digital innovation but reviving the branch

Santander has one of the biggest consumer banking networks in the world, serving 107m customers from almost 14,000 branches in the UK and US, Latin America and continental Europe. The new boss of this vast empire says digital banking is a core theme of her strategy – reports the FT.

“I think of digital as a means to an end: How do I service and get more loyal customers: how do I achieve operational excellence and how do I change my culture?” she asks. “Those are my three building blocks and if you think about it, digital comes into it in every single one of them.”

Last year’s launch of Apple Pay, which allows iPhone users in the US to pay with their mobile phones, underlines the shift of big technology groups into financial services. It has prompted predictions that banks, weighed down by the cost of regulation and bricks-and-mortar branches, would go the way of other digitally disrupted industries, such as music and retail.

If you think about the big guys now, it is not the banks, it is these four large tech companies that are worth more than us. They have more cash. They have less regulation

Ms Botín refers to Apple, Facebook, Google and Amazon as “the big four guys” and admits they pose a threat, albeit one she thinks banks are well equipped to see off.

Banks need to turn their supposed handicaps back to their own advantage against the big tech groups, Ms Botín explains. “We check this 150 times a day,” she says, waving her smartphone. “So you might argue what is more personal than that.”

She also believes bank branches still have value, even if far fewer people are visiting them. “The fact is even young people like to go to a branch at least twice a year. That means you need quite a significant retail presence, which they [the big tech groups] don’t have.”

Even regulation — the bane of most senior bankers’ lives — can be turned into a positive. “Regulators are not just looking at our credit and market risk, they are looking at our IT and cyber risk,” Ms Botín says. “So we pay a big price, but we also have the advantage that you can probably trust us more than others.”

She reckons people are more likely to trust banks with their data than the tech groups that are tarnished by the leaks from Edward Snowden about US government surveillance. “I think you are very safe with us in terms of your information. But I’m not sure how safe you are with those big four guys.”

Santander has teamed up with UK retailers to offer customised cashback offers through its smartphone app.

In Ms Botín’s previous role as head of Santander UK she set up a $100m fund to invest in financial technology start-ups. She also agreed to refer small businesses Santander turned down for a loan to Funding Circle in the first such partnership between a big bank and a peer-to-peer lender.

She denies the bank is only referring its worst clients to Funding Circle: “We cannot be everything to everybody. Sometimes you don’t understand the customer or you have too much in a certain sector. It’s not necessarily because it is a crappy business.”

The digital challenge has only recently shot to the top of the agenda for bankers, who rarely worried about such threats in the 1970s, when her late father Emilio was starting out as chief executive.

Yet with a €3bn annual IT budget — bigger than that of many tech groups — Ms Botín says Santander has the resources to stay ahead: “I don’t think of us as defending ourselves against the four big guys. I think of us as a challenger. An attacker.”