A power struggle has emerged over the last few days regarding the future of bitcoin.

The feud is dividing leading developers, provoking a fierce debate over whether the digital currency’s software should be tweaked to allow for more and speedier transactions.

Last Saturday, a rival version of the current software was released by two bitcoin big 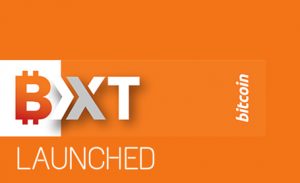 guns: Gavin Andresen, who was chosen by the currency’s elusive creator, Satoshi Nakamoto, as his successor when he stepped aside in 2011, and Mike Hearn, who along with Andresen is one of five senior developers.

For months Andresen and Hearn have been locked in an argument with the other three lead programmers over whether the “blocks” in which bitcoin transactions are processed should be enlarged from their current 1 megabyte, so as to enable more than three payments to be processed per second – according to Reuters.

The new version, which calls itself Bitcoin XT, would increase the block size to 8 megabytes, which would allow up to 24 transactions to be processed every second. That is still a fraction of the 20,000 or so that VISA can process, but would increase every year, so that bitcoin could continue to grow.

Those who oppose Bitcoin XT say the bigger block size jeopardizes the vision of a decentralized payments system that bitcoin is built on, as the extra computer memory needed would shut out many of the thousands of individual “nodes” that currently power the network.

Some reckon the split could spell the end of bitcoin. But Hearn, speaking to Reuters on Tuesday, said that whether or not Bitcoin XT was adopted, the crypocurrency would live on.

“If we thought it might be the end of bitcoin, we wouldn’t do it,” he said. He added that around 10 percent of nodes had already signed up to use Bitcoin XT since Saturday.

Bitcoin traders do not seem too worried: though the price has dropped around 4 percent since Saturday to $252.90 on the Bitstamp exchange, that is a modest fall for the volatile currency, which earlier in the month shed over 6 percent in a single day.

Andresen and Hearn argue that it was Nakamoto’s intention for bitcoin to be scaled up as technology developed so that it could widen its reach. But opponents argue that bitcoin was never intended as a rival to traditional payments systems.

“I have followed this from the beginning & I agree that it is an attempted governance coup,” tweeted Jon Matonis, founding director of the Washington, D.C.-based Bitcoin Foundation, of which Andresen himself is chief scientist.

The Bitcoin XT software has been programmed so that no change will happen before Jan. 11. If, by that stage, 75 percent of the “miners” – computers that validate bitcoin transactions – have signed up, the software will automatically switch to Bitcoin XT. If 75 percent is not reached, it will not.

Until then, the issue is likely to continue to be debated hotly. Someone purporting to be Nakamoto himself has even weighed into online discussions, backing the Bitcoin Core group and calling Bitcoin XT a “pretender-Bitcoin”. But the user has widely been dismissed as a fake.

“Bitcoin was designed to be protected from the influence of charismatic leaders, even if their name is Gavin Andresen, Barack Obama, or Satoshi Nakamoto,” the user wrote.