Report: BigTech in finance – how to regulate new entrants

BigTech firms are playing an increasingly prominent role in the financial system and have begun to provide financial services. Some BigTech firms have grown rapidly in the past decade and, on some measures, are comparable in size or even bigger than some of the world’s largest financial institutions.

Such firms benefit from having large existing customer bases and from collecting and analysing their customers’ data. They can use this to achieve scale rapidly across different business lines, including in financial services. They also tend to have significant financial resources and are often able to access capital and funding at lower cost than some large financial groups. 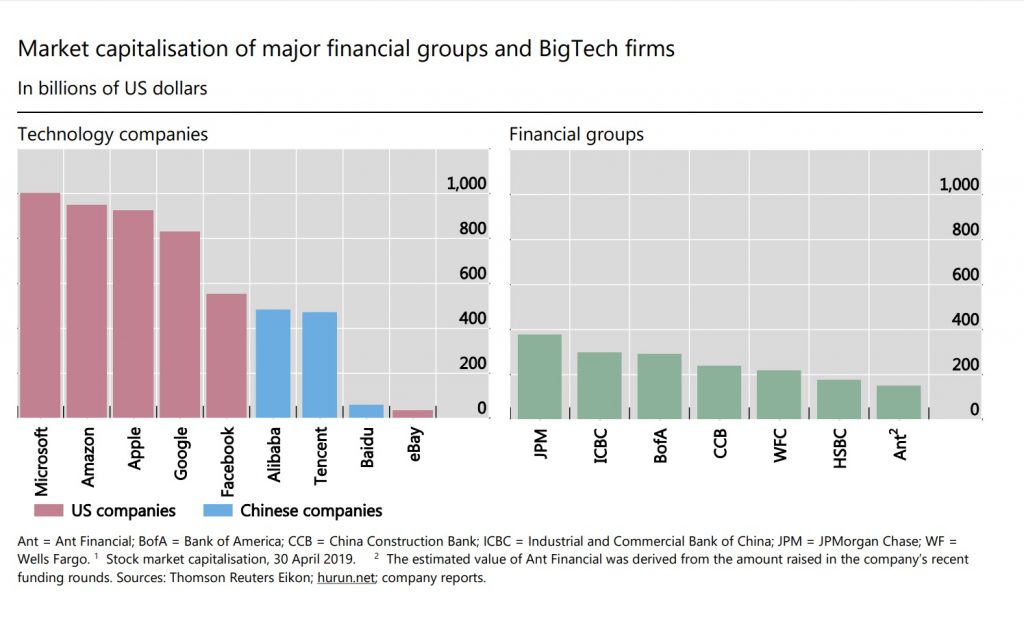 In emerging markets and developing economies (EMDEs), BigTech firms provide a broader range of financial services such as lending, insurance and asset management. This variation may be due to differences in financial development, approaches to financial regulation, and the penetration of financial services across different geographies.

This report examines recent developments in the provision of financial services by BigTech firms, and the resulting benefits and risks to financial stability.

The third-party services offered by BigTech firms also may provide access to technologies like artificial intelligence and data analytics capabilities previously unavailable to the wider marketplace.

BigTech firms’ activities may also pose risks to financial stability. Some risks are similar to those from financial firms more broadly (including FinTech firms), and have been the subject of previous work by the FSB. These include financial risks that stem from leverage, maturity transformation and liquidity mismatches, as well as operational risks including those that might arise from potential shortcomings in governance, risk and process controls.

Some potential risks stem from how firms could use their network and infrastructure to achieve scale in financial services very rapidly. Competition from BigTech firms might reduce the resilience of financial institutions, either by affecting their profitability or by reducing the stability of their funding.

BigTech’ widespread access to valuable customer data could also be self-reinforcing via network effects. The scale and complexity of linkages between BigTech and financial firms could also act as channels for the propagation of risk. Such linkages arise from financial institutions’ dependence on third-party services provided by some BigTech firms.

These developments raise a range of issues for policymakers. The activities of BigTech firms in financial services may be subject to regulation in most jurisdictions. There is a question, however, of whether additional regulation and/or financial oversight may be warranted.

Regulators and supervisors might also be mindful of the degree to which the resilience of incumbent financial institutions and the viability of their business models might be affected by their interlinkages with and competition from BigTech firms. Finally, BigTech firms’ ability to leverage wide-ranging customer data raises considerations for authorities regarding policies governing data ownership, access and portability.