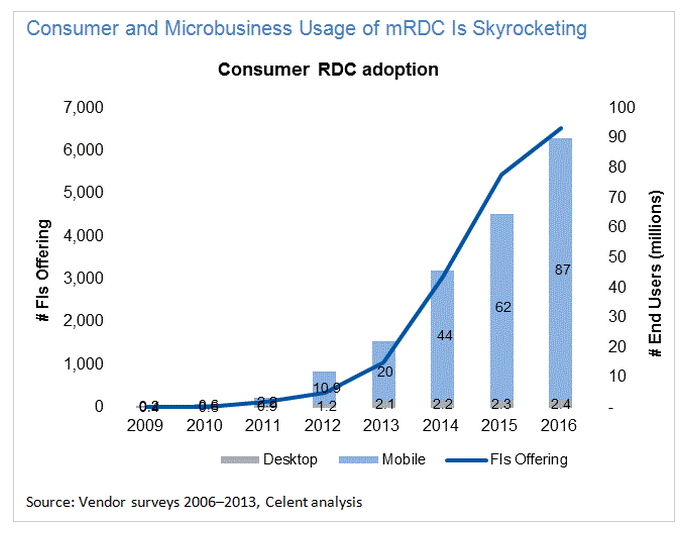 With more than half of mobile banking users enjoying the benefits of mRDC, demand is now growing among small business and commercial users. As this occurs, mRDC will accelerate the decline in branch foot traffic. So much so, Celent expects RDC to account for a third of retail bank deposits by year-end 2015 and half by 2016.

“As check usage continues to decline, mobile RDC will become increasingly relevant – not just for mobile use cases, but more broadly,” says Meara. “Mobile RDC is becoming the new scanner, with banks racing to offer mRDC to small business and commercial clients. This will have a profound effect on the branch channel at many institutions as branch visits are replaced with digital deposits.”